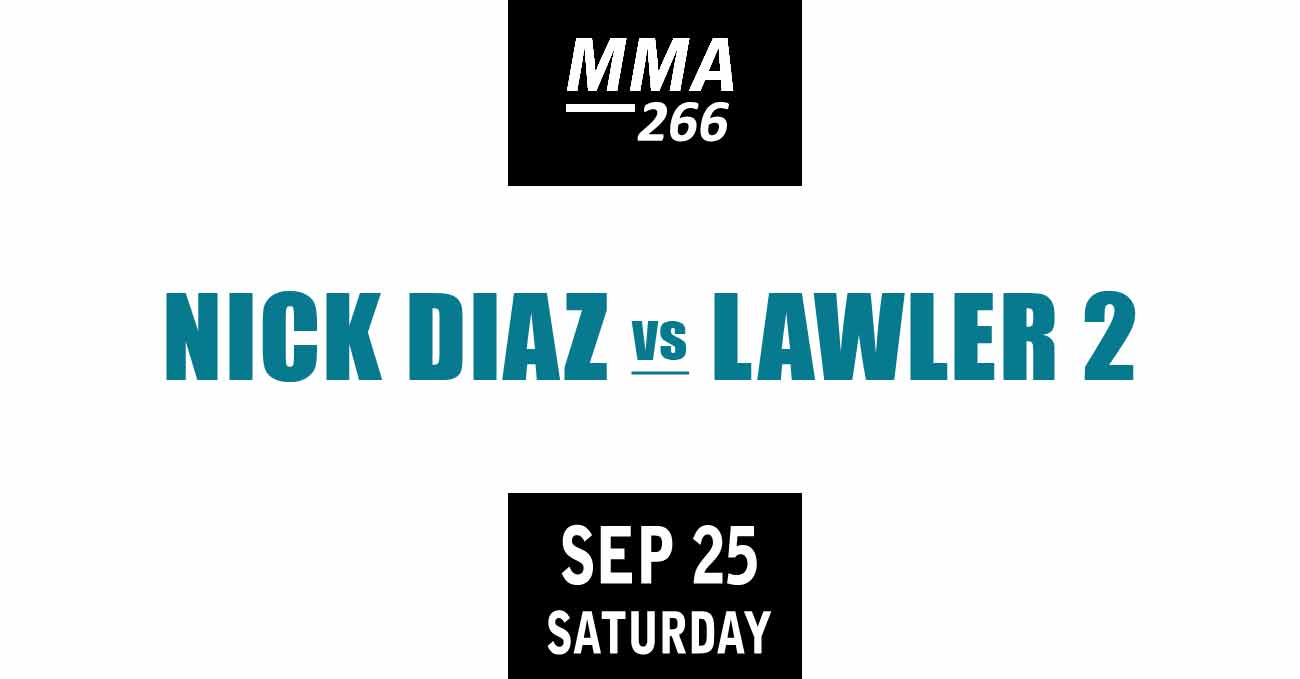 Review by AllTheBestFights.com: 2021-09-25, nice and tough mma fight: Nick Diaz vs Robbie Lawler 2 gets three stars (take a look at our ranking of the Best Mma Fights of 2021).
In their first fight Diaz had beat Lawler via ko (April 2, 2004); this second match is on the undercard of Alexander Volkanovski vs Brian Ortega – UFC 266. Watch the video and rate this fight!

The black belt in Bjj and former Strikeforce Ww champion Nick Diaz entered this fight with a pro mma record of 26-9-0 (81% finishing rate) but he is not ranked as he hasn’t fought since 2015.
The last time he won a fight was against BJ Penn in 2011 (Nick Diaz vs BJ Penn), after this match he has lost to Carlos Condit in 2012 (Carlos Condit vs Nick Diaz) and to former #1 Ufc Ww champ Georges St Pierre (Georges St Pierre vs Nick Diaz). He also fought once in 2015, against Anderson Silva, but the bout ended in a no-contest since both fighters tested positive after the match (originally won by the Brazilian, Anderson Silva vs Nick Diaz).
But if you want to watch Nick Diaz’s best fights, here are two spectacular bouts of 2011:

His opponent, the former Ufc Ww champion Robbie Lawler, has an official mma record of 28-15-0 (75% finishing rate) and he entered as the No.52 in the welterweight division.
The last time he won a fight was against Donald Cerrone in 2017 (Lawler vs Cerrone), after this match he has lost four consecutive bouts, the last two with Colby Covington (Colby Covington vs Robbie Lawler) and Neil Magny (Neil Magny vs Robbie Lawler).
Among the best fights of Lawler we suggest one match rated with 4-stars, Robbie Lawler vs Carlos Condit, and three bouts ranked in the top 10 Users’ mma Fights of the Year: