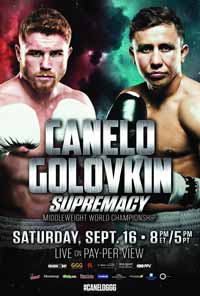 Both undefeated, the cousin of Oscar De La Hoya Diego De La Hoya entered this fight with a perfect record of 19-0-0 (9 knockouts) and he is ranked as the No.16 super bantamweight in the world while his opponent, the former Ibf Bw champion Randy Caballero, has a boxing record of 24-0-0 (14 knockouts) and he entered as the No.25 in the same weight class. Diego De La Hoya has already fought three times in 2017 winning over Roberto Pucheta, Erik Ruiz and Alan Isaias Luques Castillo while Caballero has fought just once beating Jesus Ruiz. Diego De La Hoya vs Randy Caballero is valid for the NABF super bantamweight title; undercard of Saul Canelo Alvarez vs Gennady Golovkin. Watch the video and rate this fight!

(Free embeddable video hosted on Youtube and not uploaded by AllTheBestFights)
https://www.youtube.com/watch?v=_WkyY8MmruM