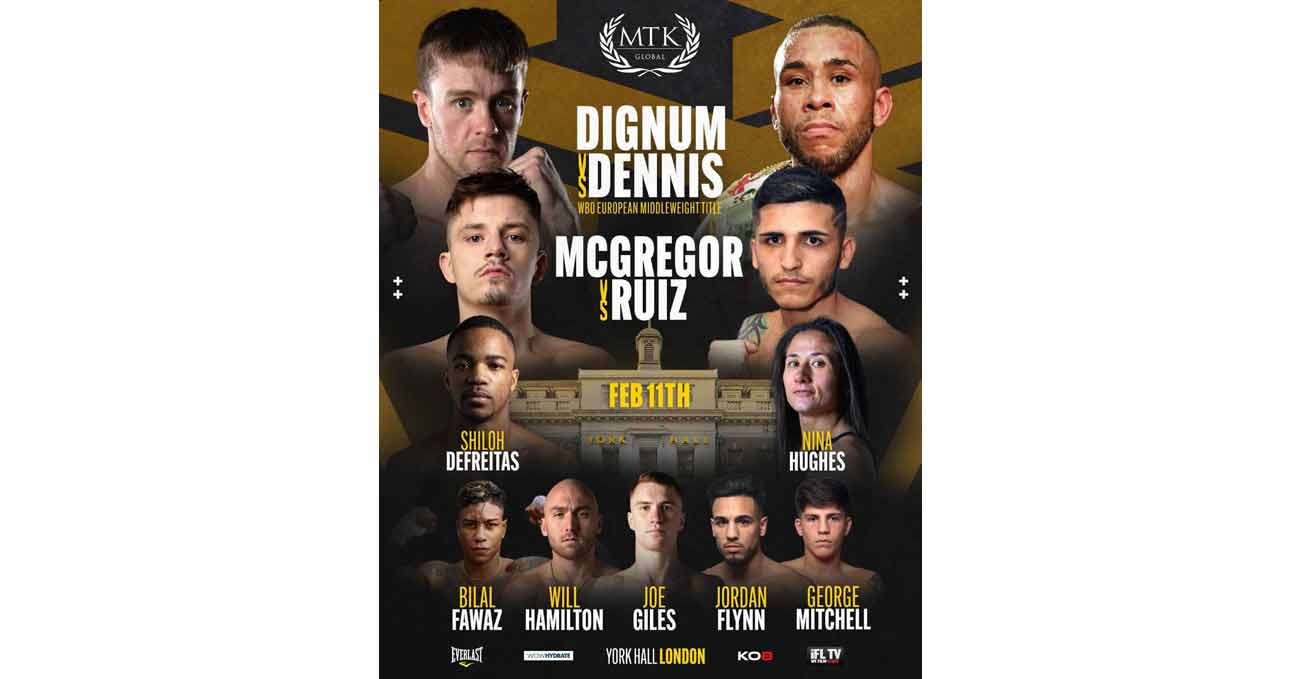 Review by AllTheBestFights.com: 2022-02-11, pretty good finish but it is not enough to get three stars: the boxing fight Danny Dignum vs Grant Dennis gets two.
Dennis vs Dignum is the main event of the evening and it is valid for the WBO European middleweight title. Watch the video and rate this fight!

The undefeated Danny Dignum entered this fight with a boxing record of 13-0-1 (7 knockouts) and he is ranked as the No.24 middleweight in the world.
In his last three bouts he has beat Conrad Cummings and Alfredo Meli but then he has tied with Andrey Sirotkin.

His opponent, Grant Dennis, has an official record of 17-3-0 (3 knockouts) and he entered as the No.132 in the middleweight division.
He lost to Andrey Sirotkin in 2020 but then he has beat Fernando Valencia and Kearon Thomas.