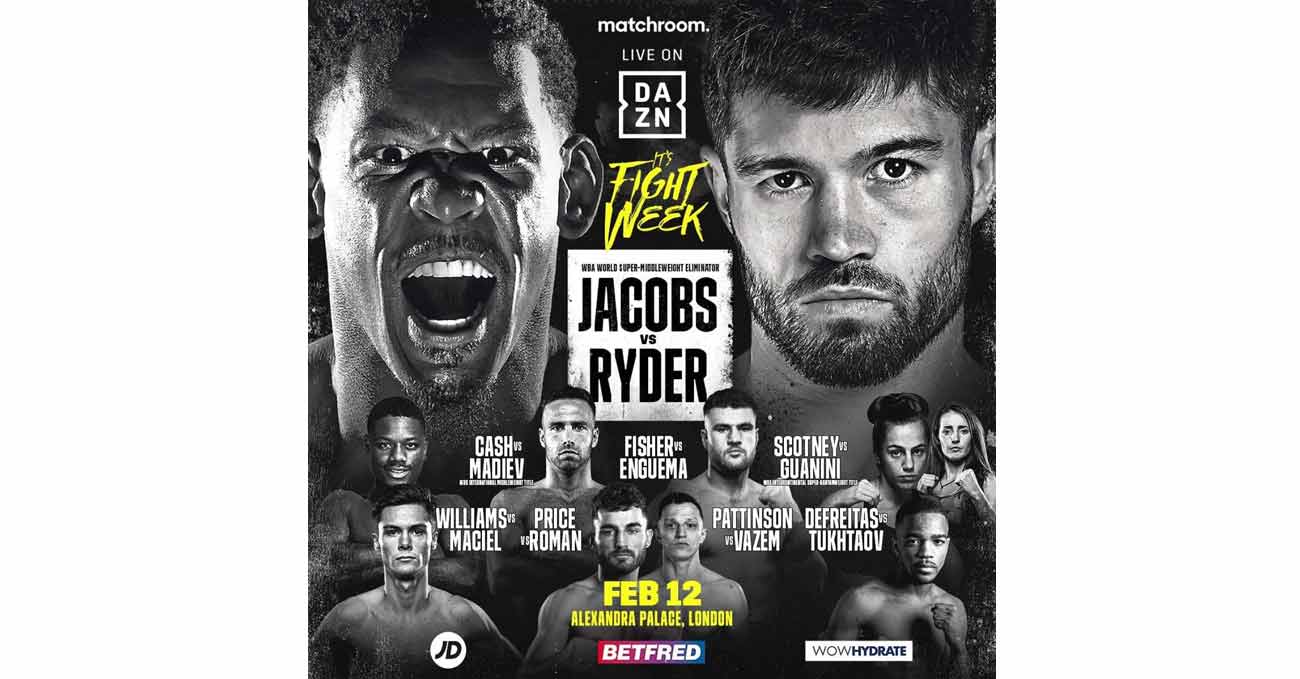 Review by AllTheBestFights.com: 2022-02-12, good performance by both fighters: the boxing fight Felix Cash vs Magomed Madiev gets three stars.
Madiev vs Cash is valid for the vacant WBC International middleweight title; undercard of Daniel Jacobs vs John Ryder. Watch the video and rate this fight!

The undefeated Felix Cash entered this fight with a perfect boxing record of 14-0-0 (10 knockouts) and he is ranked as the No.18 middleweight in the world.
In his last three matches he has won over Jack Cullen, Jason Welborn (Felix Cash vs Jason Welborn) and Denzel Bentley (Denzel Bentley vs Felix Cash).

His opponent, the undefeated Magomed Madiev, has a record of 15-0-2 (4 knockouts) and he entered as the No.68 in the middleweight division.
He was stopped in a draw by Artur Osipov in 2020 but then he came back to win with Maxim Voshkov in 2021.