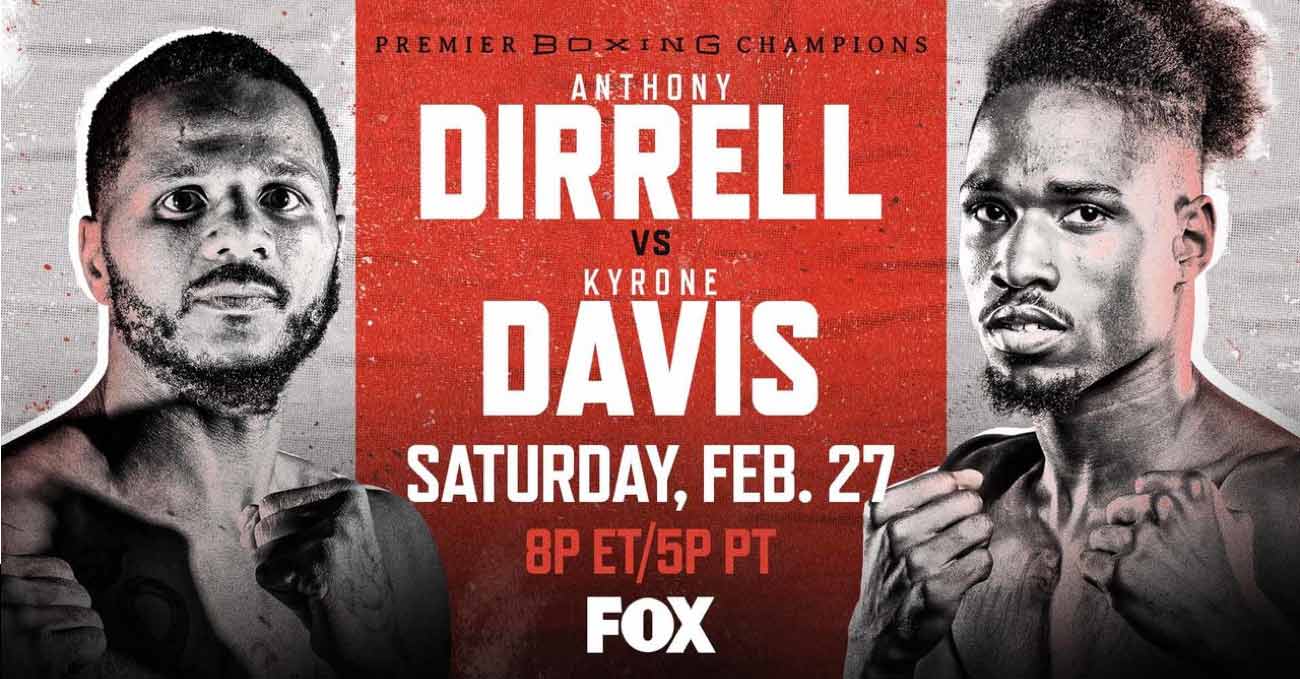 Review by AllTheBestFights.com: 2021-02-27, close match but not so exciting: the boxing fight Anthony Dirrell vs Kyrone Davis gets two stars.
Davis vs Dirrell is the main event of the evening. Watch the video and rate this fight!

His opponent, Kyrone Davis, has a boxing record of 15-2-0 (6 knockouts) and he entered as the No.95 in the middleweight division.
He was defeated by Patrick Day in 2018 but then he has won over Alexis Gaytan and Antonio Todd.

Selection of the best videos about the fight Anthony Dirrell vs Kyrone Davis. If you have seen the full fight you can rate it at the bottom of this post.