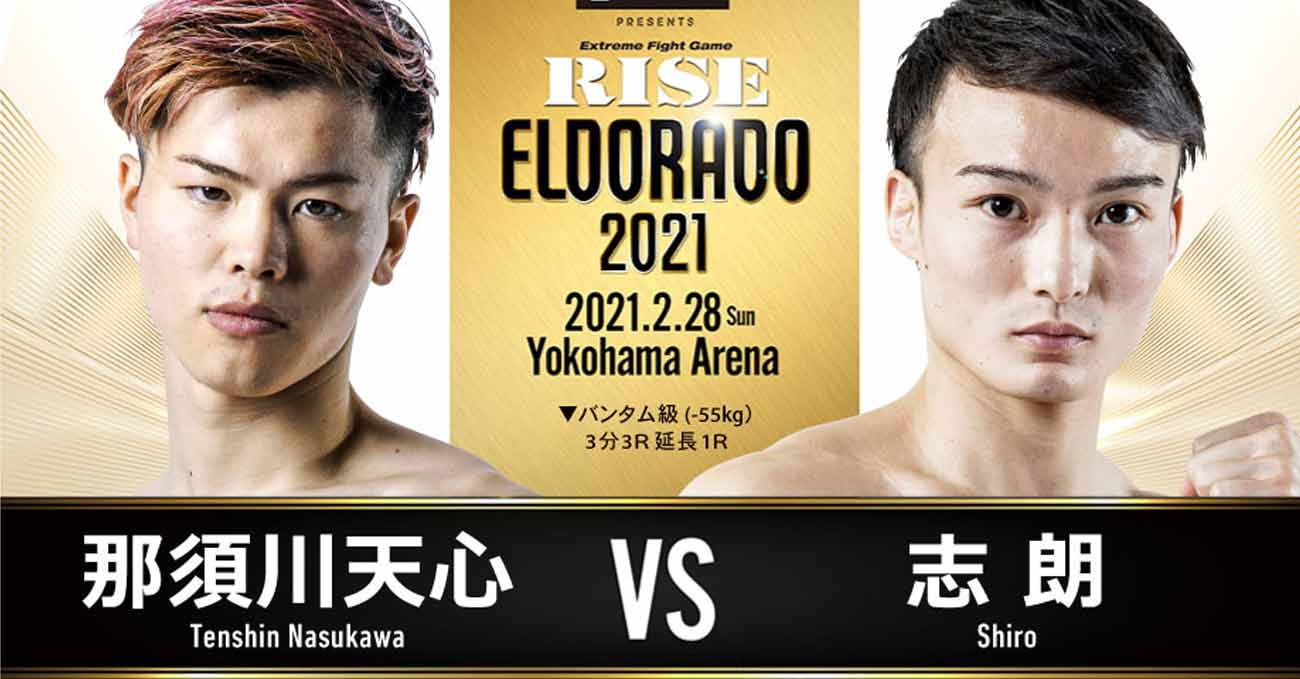 Review by AllTheBestFights.com: 2021-02-28, pretty good kickboxing fight: Tenshin Nasukawa vs Shiro Matsumoto 2 gets three stars.
Shiro vs Tenshin 2 is the main event of RISE Eldorado 2021. Watch the video and rate this fight!

His opponent, the former Iska muay thai Bw champ Shiro Matsumoto, has an official record of 42-13-4 (15 knockouts) and he entered as the No.5 in the super bantamweight division.
He lost the first fight with Tenshin Nasukawa in 2019 (via unanimous decision), but then he has won four bouts beating Seiki Ueyama and Masahiko Suzuki in his last two.

Selection of the best videos about the fight Tenshin Nasukawa vs Shiro Matsumoto 2. If you have seen the full fight you can rate it at the bottom of this post.