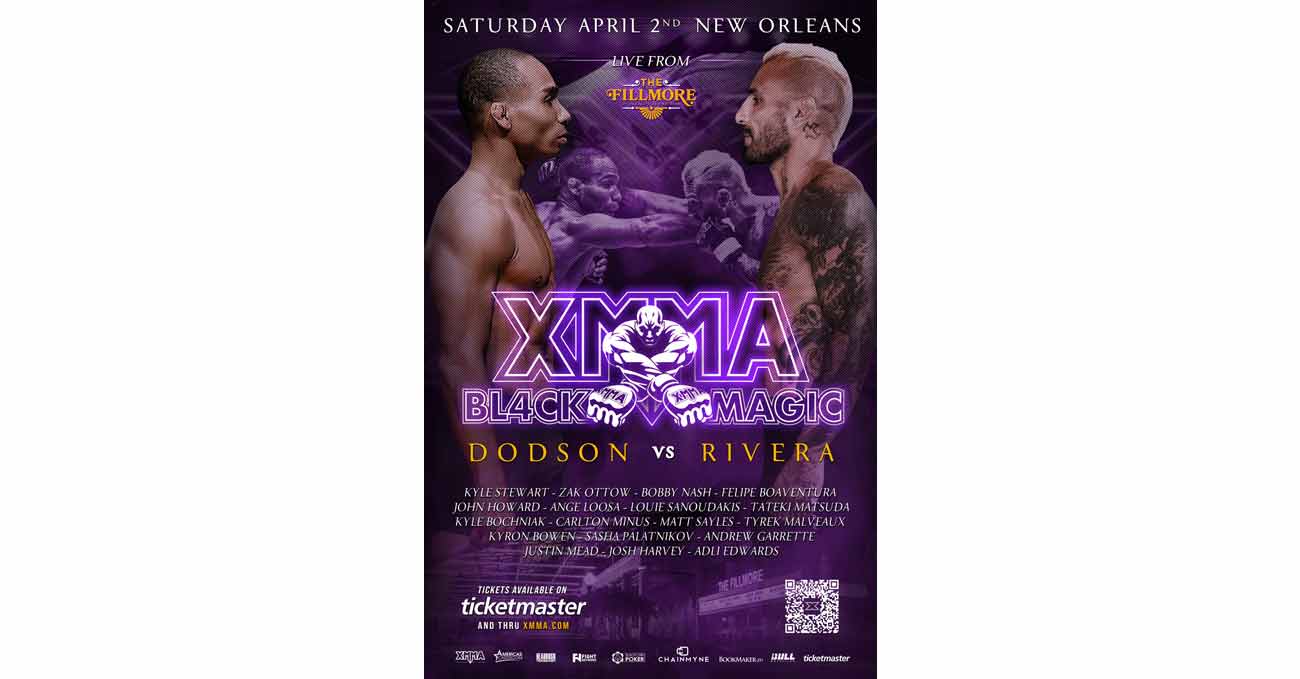 Review by AllTheBestFights.com: 2022-04-02, some good exchanges but it is not enough to get three stars: the mma fight John Dodson vs Francisco Rivera gets two (take a look at our ranking of the Best Mma Fights of 2022).
Rivera vs Dodson is the main event of XMMA 4: Black Magic. Watch the video and rate this fight!

The black belt in gaidojutsu and Tuf 14 Bw tournament winner John Dodson entered this fight with a professional mma record of 21-13-0 (57% finishing rate) and he is ranked as the No.47 bantamweight in the world.
He won just one out of his last five bouts, against Nathaniel Wood in 2020 (John Dodson vs Nathaniel Wood); after this match he has lost to Merab Dvalishvili (John Dodson vs Merab Dvalishvili) and to Cody Gibson.

His opponent, Francisco Rivera, has an official record of 14-8-0 (71% ko/tko victory rate – he has never won via submission) and he entered as the No.152 in the bantamweight division.
In his last three fights he has beat Ryan Lilley and Nohelin Hernandez but then he has lost to David Martinez.