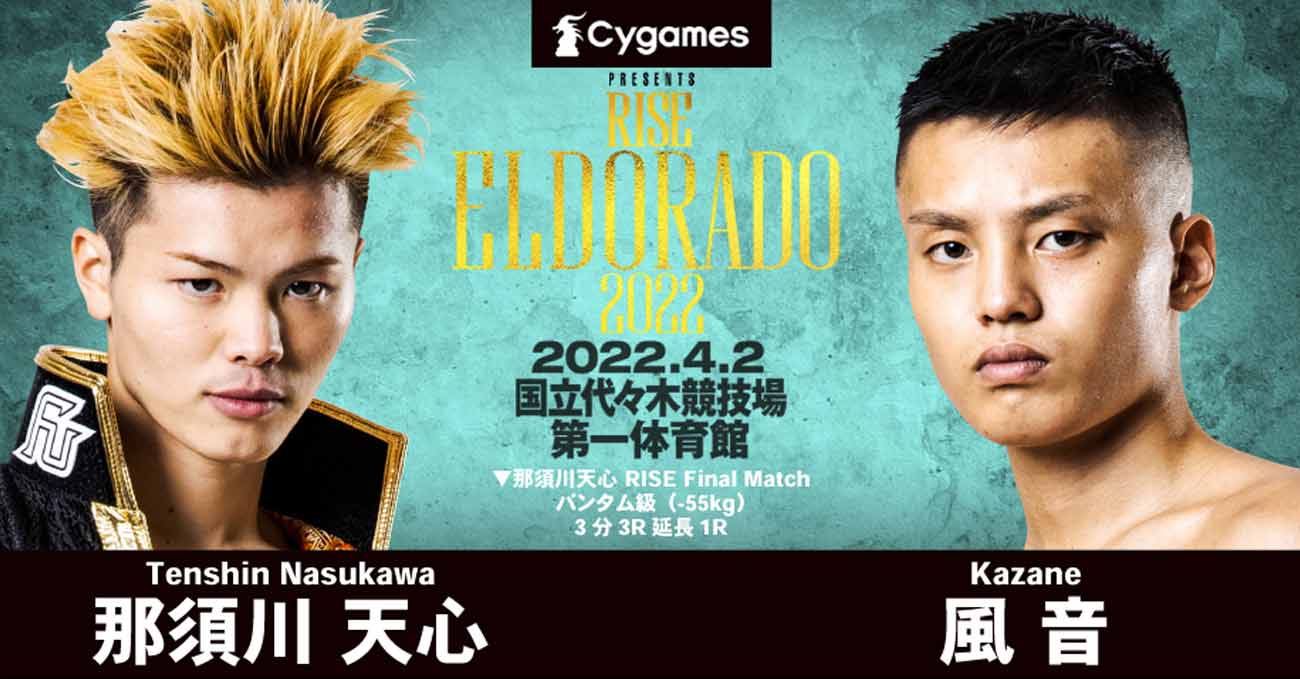 Review by AllTheBestFights.com: 2022-04-02, nice and close kickboxing fight: Tenshin Nasukawa vs Kazane Nagai gets three stars (take a look at our ranking of the Best Kickboxing Fights of 2022).
Kazane vs Tenshin is the main event of RISE Eldorado 2022. Watch the video and rate this fight!

His opponent, Kazane Nagai, has an official record of 16-5-0 (6 knockouts) and he entered as the No.2 in the bantamweight division.
He lost to Kazuki Osaki in 2020 but then he has won four bouts beating Jin Mandokoro and Shiro in his last two.