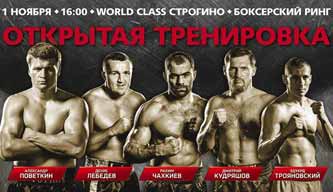 Review by AllTheBestFights.com: 2015-11-04, nice back and forth fight with some tough exchanges: Dmitry Kudryashov vs Olanrewaju Durodola is close to get four stars.

The undefeated Dmitry Kudryashov entered this fight with a perfect record of 18-0-0 (18 KOs=100%) and he is ranked as the No.10 cruiserweight in the world (currently the #1 in this division is Grigory Drozd). He has already fought twice in 2015 winning over Francisco Palacios (=Kudryashov vs Palacios) and Vikapita Meroro (=Kudryashov vs Meroro).
His opponent, Olanrewaju Durodola, has a record of 21-2-0 (19 KOs=90%) and he entered as the No.34 in the same weight class. He lost to Thabiso Mchunu in 2014 (=Mchunu vs Durodola) but then he has won four consecutive bouts. Kudryashov vs Durodola is valid for the vacant WBC Silver cruiserweight title; undercard of Alexander Povetkin vs Mariusz Wach. Watch the video and rate this fight!