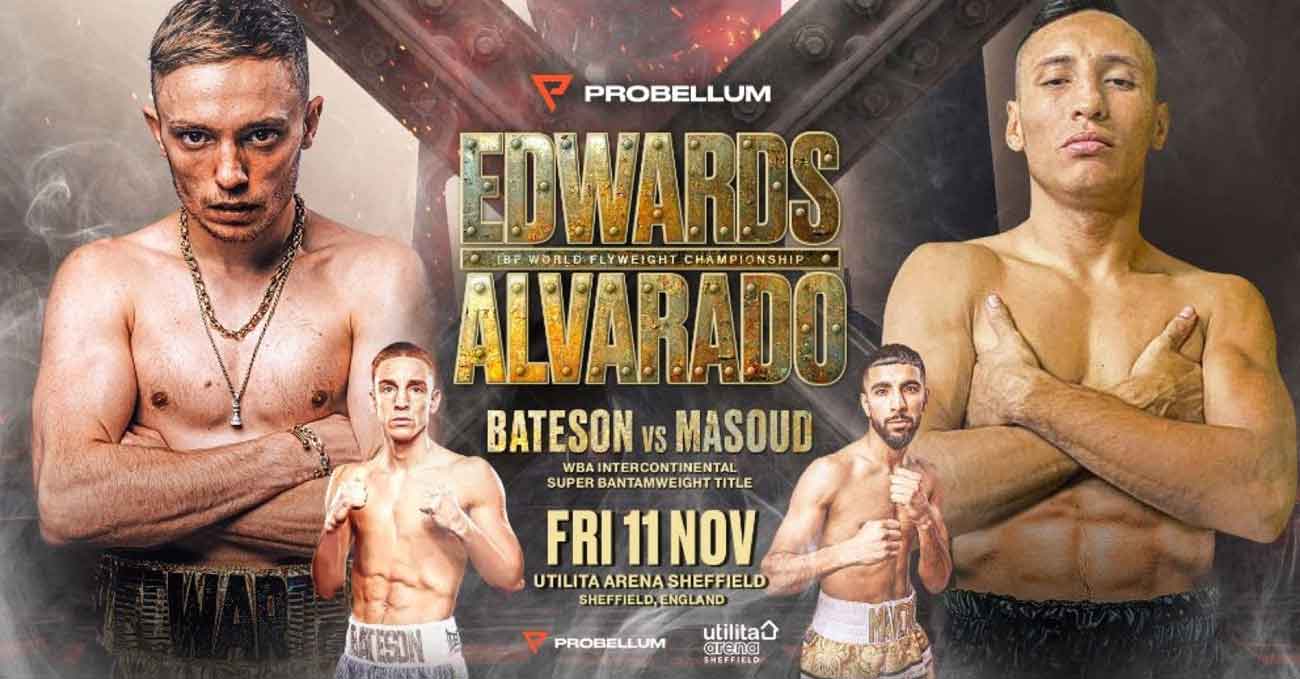 Review by AllTheBestFights.com: 2022-11-11, pretty good boxing match: Sunny Edwards vs Felix Alvarado gets three stars (take a look at our ranking of the Best Boxing Fights of 2022).
Alvarado vs Edwards is scheduled to take place Friday, November 11th, at the Sheffield Arena in Sheffield (United Kingdom), in a 12-round flyweight (112 lbs, 50.8 kg) bout; it is the main event of the evening and it is valid for the IBF World flyweight title (Edwards’ third defense). Watch the video and rate this fight!

His opponent, the former Ibf light-Flw champ Felix Alvarado, has a boxing record of 38-2-0 (33 KOs=87%) and he entered as the No.12 in the flyweight division.
He suffered two consecutive losses between 2013 and 2014, against Kazuto Ioka (Ioka vs Alvarado) and Juan Carlos Reveco (4-stars fight, Reveco vs Alvarado), but since then he has won 20 bouts beating DeeJay Kriel (Felix Alvarado vs DeeJay Kriel), Israel Vazquez and Luis Cerrito Hernandez in his last three.