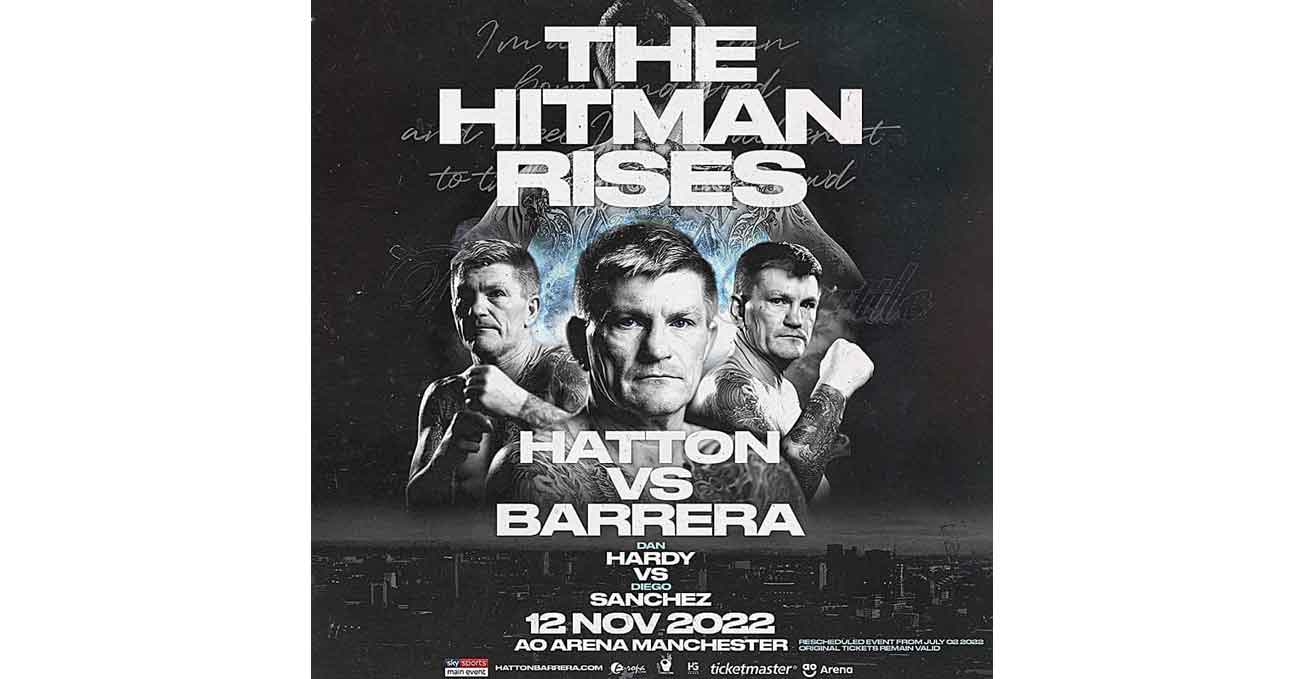 Review by AllTheBestFights.com: 2022-11-12, Ricky Hatton vs Marco Antonio Barrera was just an exhibition, so we prefer not to rate this boxing match (take a look at our ranking of the Best Boxing Fights of 2022).
Barrera vs Hatton is scheduled to take place Saturday, November 12th, at the Manchester Arena in Manchester (United Kingdom), in a 8-round catchweight bout; it is the main event of the evening. Watch the video and rate this fight!

The 44-year old former world champion in two different weight classes Ricky Hatton entered this fight with a professional boxing record of 45-3-0 (32 knockouts) but he is not ranked as he hasn’t fought since 2012.
In his last three bouts he beat Paul Malignaggi in 2008 but then he lost twice, with Manny Pacquiao in 2009 (4-stars fight and “The Ring magazine” Knockout of the Year 2009 Manny Pacquiao vs Ricky Hatton) and with Vyacheslav Senchenko in 2012 (Ricky Hatton vs Vyacheslav Senchenko).

His opponent, the 48-year-old former world champion in three different weight classes Marco Antonio Barrera, has an official record of 67-7-0 (44 knockouts) but he is not ranked as he hasn’t fought since 2011.
He lost to Amir Khan in 2009 but then he defeated Adailton De Jesus in 2010 and Jose Arias in 2011.
In 2021 he fought in two exhibition fights with Jesus Soto Karass (Marco Antonio Barrera vs Jesus Soto Karass) and with Daniel Ponce De Leon (Marco Antonio Barrera vs Daniel Ponce De Leon).
If you want to watch Barrera’s best fights, here are the ones rated with 4 or 5 stars: