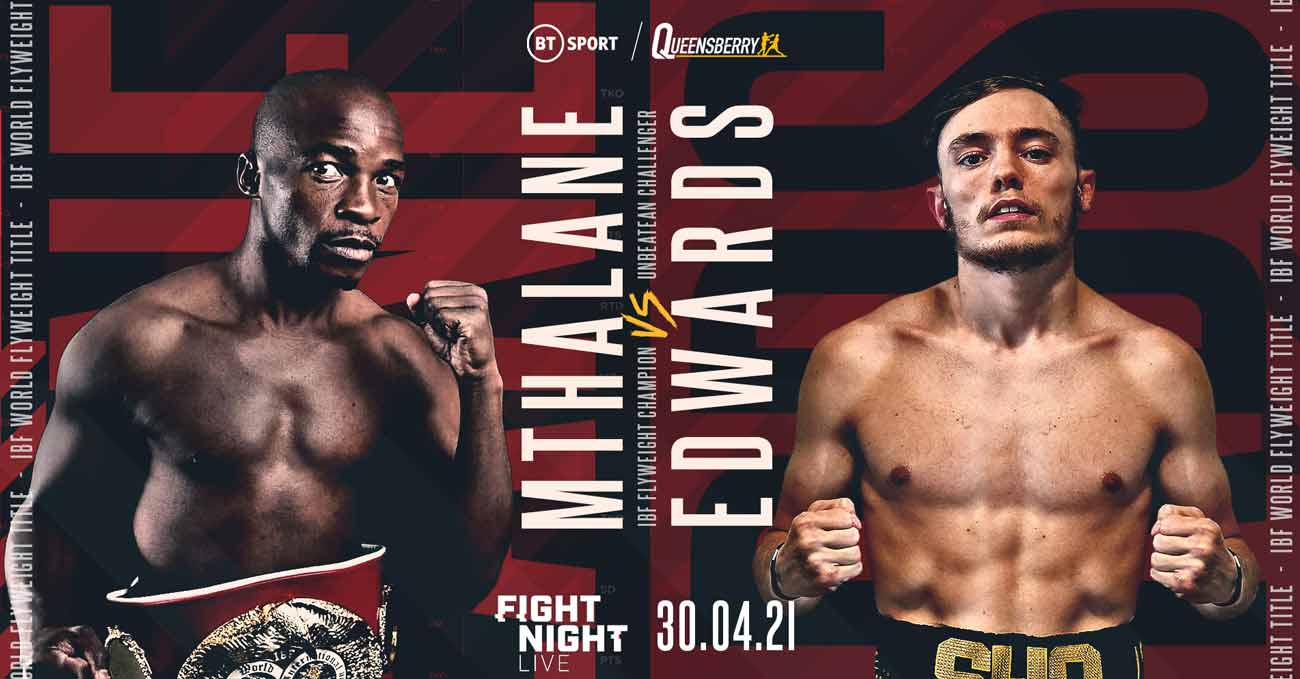 Review by AllTheBestFights.com: 2021-04-30, good boxing fight: Moruti Mthalane vs Sunny Edwards gets three stars (take a look at our ranking of the Best Boxing Fights of 2021).
Edwards vs Mthalane is the main event of the evening and it is valid for the IBF World flyweight title (Mthalane’s fourth defense). Watch the video and rate this fight!

The current Ibf and former Ibo Flw champion Moruti Mthalane entered this fight with a professional boxing record of 39-2-0 (26 knockouts) and he is ranked as the No.2 flyweight in the world (currently the #1 in this division is Julio Cesar Martinez).
He suffered his last loss when he faced Nonito Donaire in 2008, since then he has won 16 consecutive fights beating Masahiro Sakamoto, Masayuki Kuroda and Akira Yaegashi in his las three (Moruti Mthalane vs Akira Yaegashi).

His opponent, the undefeated Sunny Edwards, has a perfect record of 15-0-0 (4 knockouts) and he entered as the No.5 in the flyweight division.
In his last three matches he has won over Rosendo Hugo Guarneros, Marcel Braithwaite and Thomas Essomba (Sunny Edwards vs Thomas Essomba).

Selection of the best videos about the fight Moruti Mthalane vs Sunny Edwards. If you have seen the full fight you can rate it at the bottom of this post.