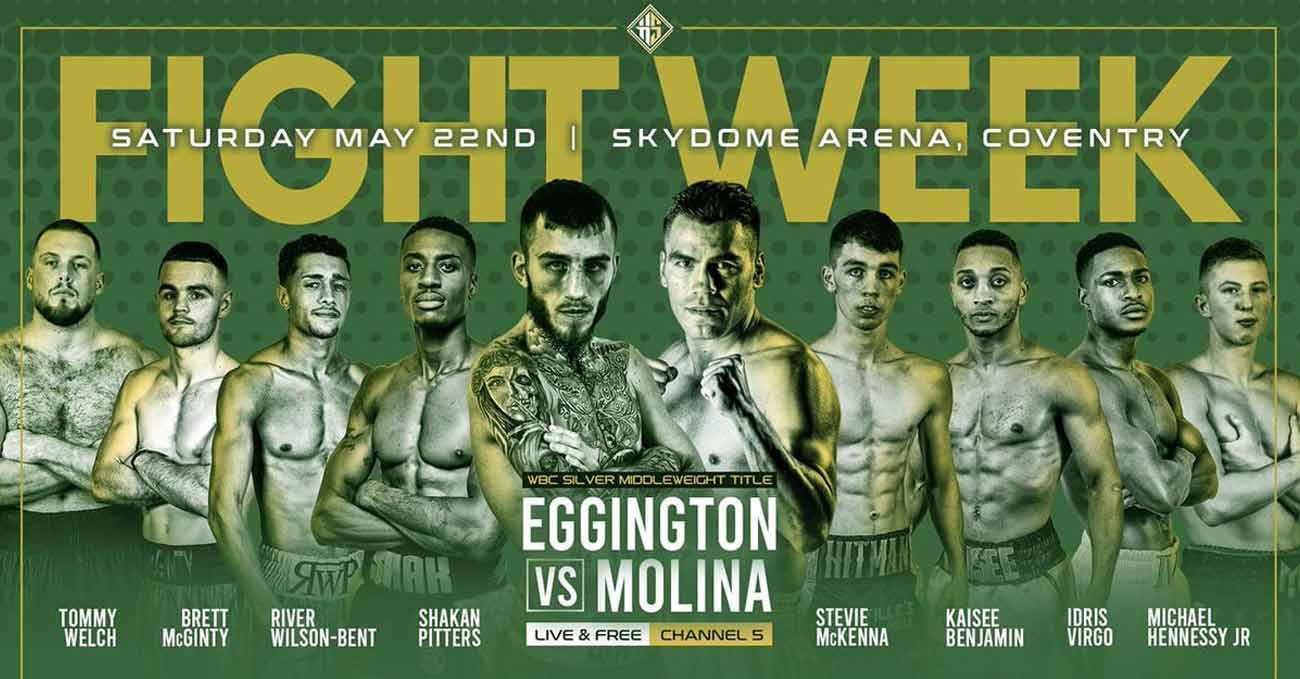 Review by AllTheBestFights.com: 2021-05-22, boxing fight not particularly good: Sam Eggington vs Carlos Molina gets two stars (take a look at our ranking of the Best Boxing Fights of 2021).
Molina vs Eggington is the main event of the evening and it is valid for the vacant WBC Silver middleweight title. Watch the video and rate this fight!

His opponent, the former Ibf light-Mw champion Carlos Molina, has a record of 37-11-2 (12 knockouts) and he entered as the No.27 middleweight division.
He was defeated by Abass Baraou in 2019 but since then he has won nine consecutive matches beating Edgar Ortega in his last one.

Selection of the best videos about the fight Sam Eggington vs Carlos Molina. If you have seen the full fight you can rate it at the bottom of this post.