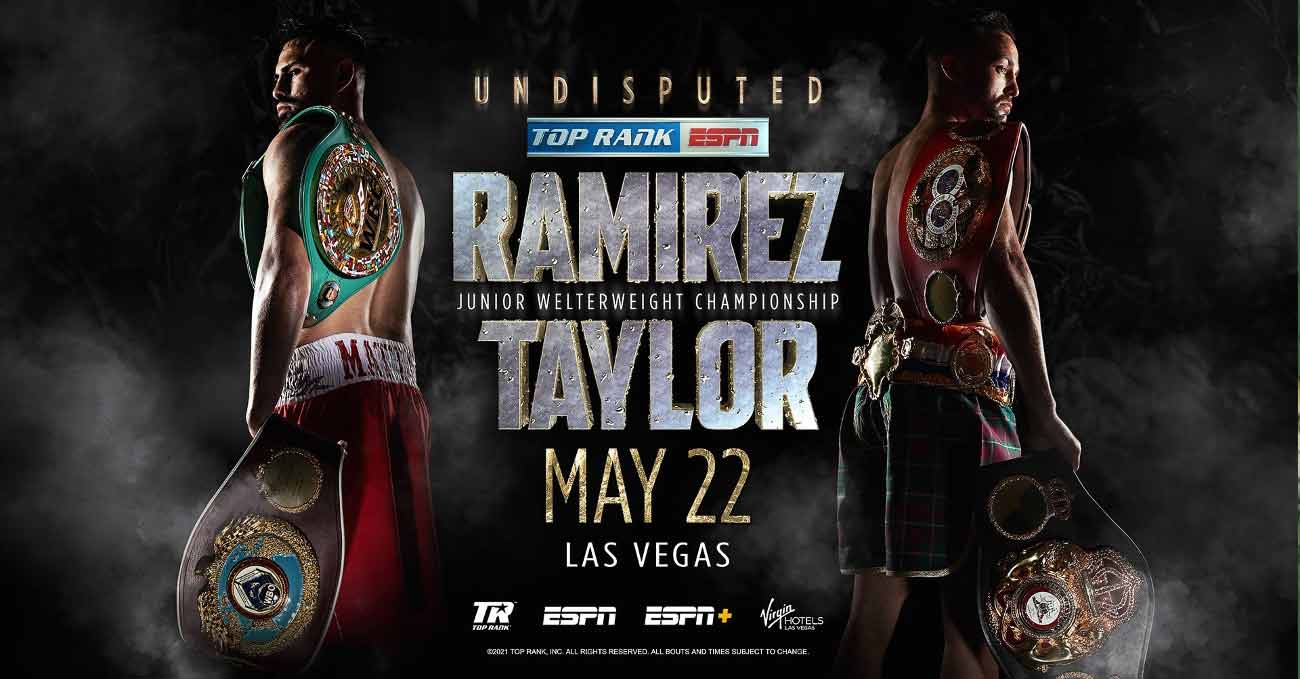 Review by AllTheBestFights.com: 2021-05-22, great battle with an exciting second part of the match: Josh Taylor vs Jose Ramirez is one of the best boxing Fights of the Year 2021 and it gets four stars! Ramirez vs Taylor is the main event of the evening and it is valid for the WBC, WBA, IBF and WBO World super-lightweight titles. Watch the video and rate this fight!

The undefeated former Olympian, current IBF and WBA super-Lw champion Josh Taylor entered this fight with a perfect boxing record of 17-0-0 (13 KOs=76%) and he is ranked as the No.1 super lightweight in the world.
In his last three matches he has won over Ivan Baranchyk (Josh Taylor vs Ivan Baranchyk), Regis Prograis (bout ranked in the top 10 Users’ boxing Fights of the Year 2019, Regis Prograis vs Josh Taylor) and Apinun Khongsong (Josh Taylor vs Apinun Khongsong).

His opponent, the undefeated former Olympian, current Wbc and Wbo light-Ww champ Jose Ramirez, has an official record of 26-0-0 (17 knockouts) and he entered as the No.2 in the super lightweight division.
In his last three bouts he has beat Jose Zepeda (Jose Carlos Ramirez vs Jose Zepeda), Maurice Hooker (4-stars fight, Maurice Hooker vs Jose Ramirez) and Viktor Postol (Jose Carlos Ramirez vs Viktor Postol).
Among the best fights of Ramirez we suggest also a four stars match of 2018: Jose Ramirez vs Antonio Orozco.

Selection of the best videos about the fight Josh Taylor vs Jose Carlos Ramirez. If you have seen the full fight you can rate it at the bottom of this post.