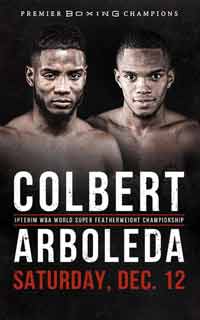 Review by AllTheBestFights.com: 2020-12-12, we hope to see a rematch between Ronald Ellis and Matt Korobov…this fight get two stars (take a look at our ranking of the best boxing fights of 2020).
Ronald Ellis entered this fight with a record of 17-1-2 (11 knockouts) and he is ranked as the No.46 super middleweight in the world. He fought twice last year losing to DeAndre Ware and beating Immanuwel Aleem (both bout ended by majority decision).
His opponent, the former Olympian Matvey Korobov, has a boxing record of 28-3-1 (14 knockouts) and he entered as the No.43 middleweight but his last victory was against Jonathan Batista in 2018; since then he has lost twice, against Jermall Charlo (Jermall Charlo vs Matt Korobov) and Chris Eubank Jr (Chris Eubank Jr vs Matt Korobov), but between these two bouts he also tied with Immanuwel Aleem (Matt Korobov vs Immanuwel Aleem). Korobov vs Ellis is on the undercard of Chris Colbert vs Jaime Arboleda. Watch the video and rate this fight!