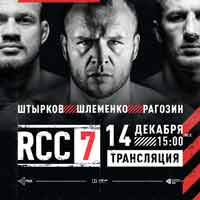 Review by AllTheBestFights.com: 2019-12-14, Ivan Shtyrkov vs Yasubey Enomoto gets three stars thanks to a good second part of the fight.