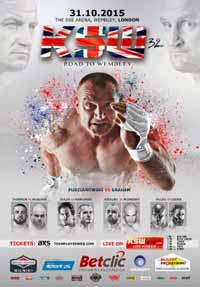 Review by AllTheBestFights.com: 2015-10-31, good exchanges between Maiquel Falcao and Brett Cooper: it gets three stars.

The black belt in Bjj Maiquel Jose Falcao Goncalves entered this fight with a professional record of 34-7-0 (85% finishing rate) and he is ranked as the No.36 middleweight in the world while his opponent, Brett Cooper, has a mma record of 21-11-0 (76% finishing rate) and he entered as the No.48 in the same weight class. Falcao vs Cooper is on the undercard of Mariusz Pudzianowski vs Peter Graham – KSW 32. Watch the video and rate this fight!