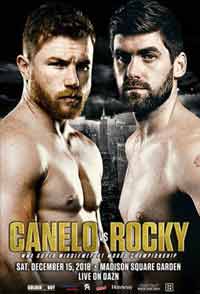 Review by AllTheBestFights.com: 2018-12-15, good performance by both boxers: Tevin Farmer vs Francisco Fonseca gets three stars.

The Ibf super-Fw champion Tevin Farmer entered this fight with a pro record of 27-4-1 (6 knockouts) and he is ranked as the No.10 super featherweight in the world (currently the #1 in this division is Miguel Berchelt). He suffered his last defeat in 2012, against Jose Pedraza, but then he has collected 20 victories and one no-contest defeating Billy Dib (Tevin Farmer vs Billy Dib) and James Tennyson in 2018 (Tevin Farmer vs James Tennyson).
His opponent, Francisco Fonseca, has an official boxing record of 22-1-1 (16 knockouts) and he entered as the No.46 in the same weight class. He lost to Gervonta Davis last year (Gervonta Davis vs Francisco Fonseca) but then he has beat Joel Blanco, Daniel Miranda and Sandro Hernandez. Farmer vs Fonseca is valid for the IBF World super featherweight title (Farmer’s second defense); undercard of Saul Canelo Alvarez vs Rocky Fielding. Watch the video and rate this fight!