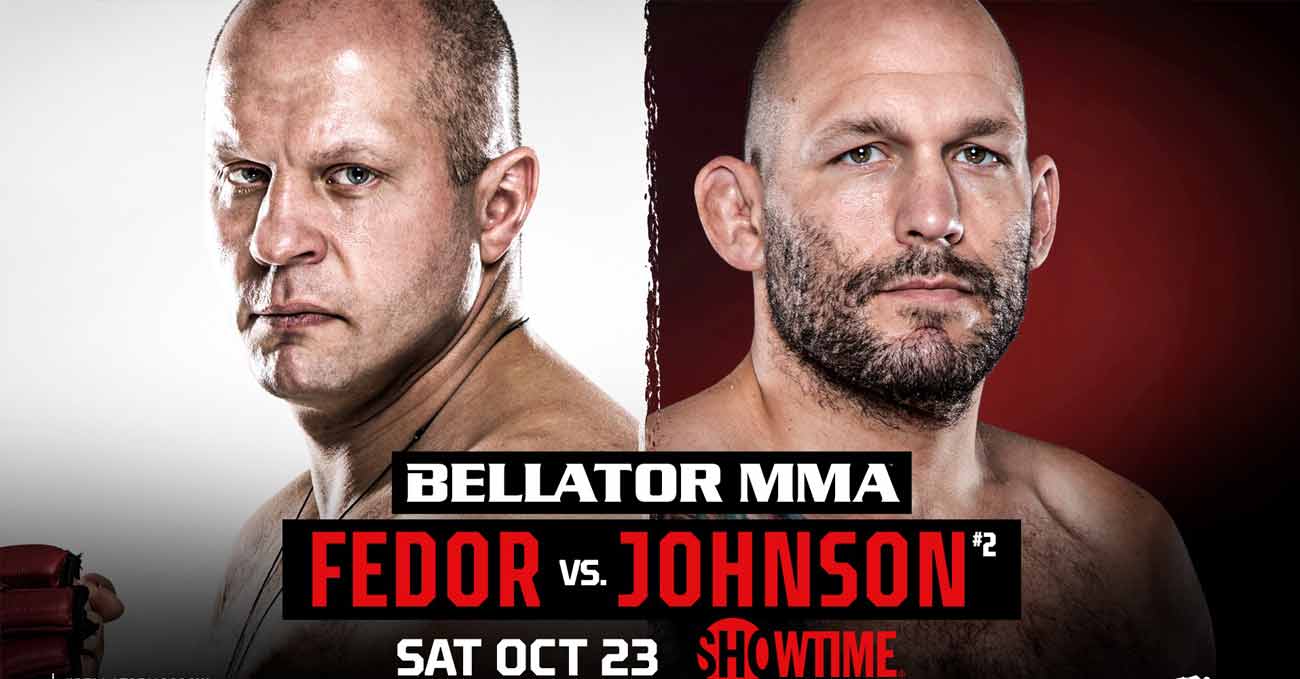 Review by AllTheBestFights.com: 2021-10-23, nice exchanges and good finish: the mma fight Fedor Emelianenko vs Timothy Johnson gets three stars (take a look at our ranking of the Best Mma Fights of 2021).
Johnson vs Fedor is the main event of Bellator 269 (also known as Bellator Moscow). Watch the video and rate this fight!

The 45-year-old former Pride, world combat sambo champion and black belt in judo Fedor Emelianenko entered this fight with a pro record of 39-6-0 (77% finishing rate) but he is not ranked as he hasn’t fought since 2019.
He fought twice in 2019 losing to Ryan Bader (Fedor Emelianenko vs Ryan Bader) and beating Quinton Rampage Jackson (Fedor Emelianenko vs Quinton Jackson).
But if you want to watch Fedor’s best fights, here are the ones rated with 4 or 5 stars: