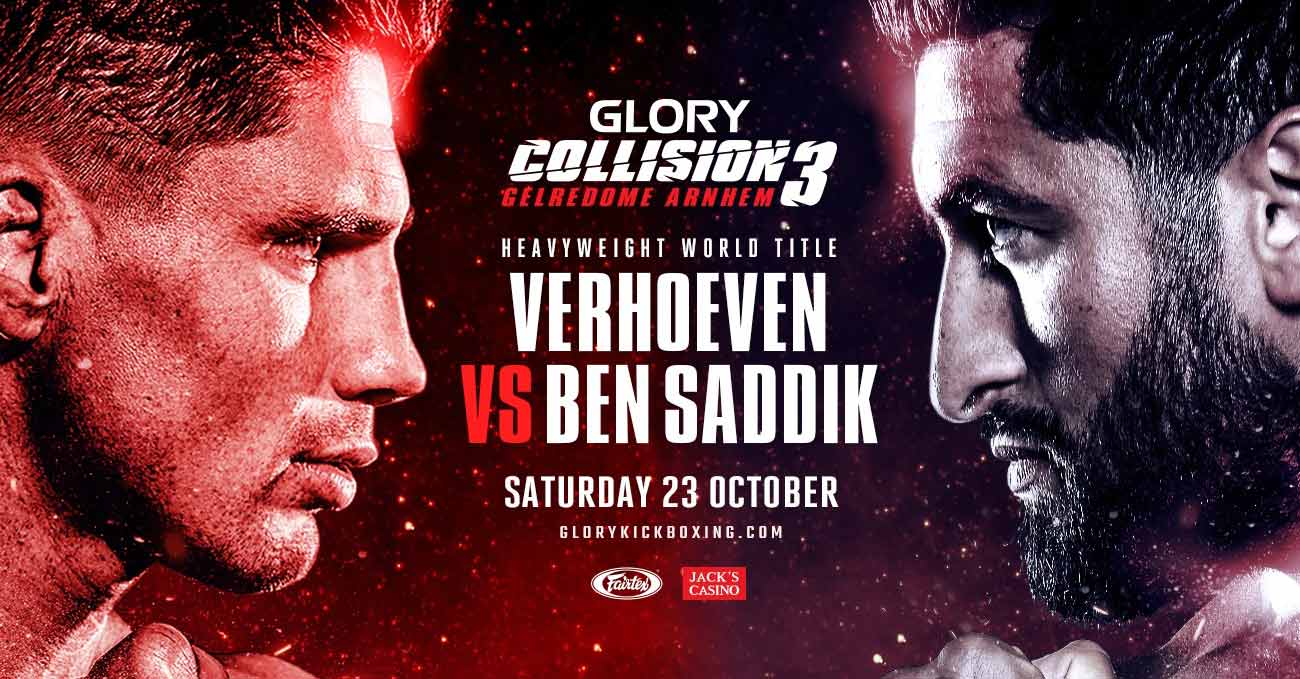 Review by AllTheBestFights.com: 2021-10-23, close, tough and exciting match: Rico Verhoeven vs Jamal Ben Saddik 3 is one of the best kickboxing fights of the year 2021 and it gets four stars!
In their previous two bouts Jamal had beat Rico via tko in their first clash (March 6, 2011) but then Verhoeven took revenge beating Ben Saddik by technical knockout in 2017 (Rico Verhoeven vs Jamal Ben Saddik 2); this third fight is the main event of Glory Collision 3 (Glory 79) and it is valid for the Glory heavyweight title. Watch the video and rate this fight!

His opponent, Jamal Ben Saddik, has an official record of 36-8-0 (29 KOs=80%) but he is not ranked as he hasn’t fought since 2018.
He lost two consecutive bouts between 2017 and 2018, against Rico Verhoeven in their rematch (Rico Verhoeven vs Jamal Ben Saddik II) and Jahfarr Wilnis, but then he has won four matches beating D’Angelo Marshall, Junior Tafa, Guto Inocente and Benjamin Adegbuyi.