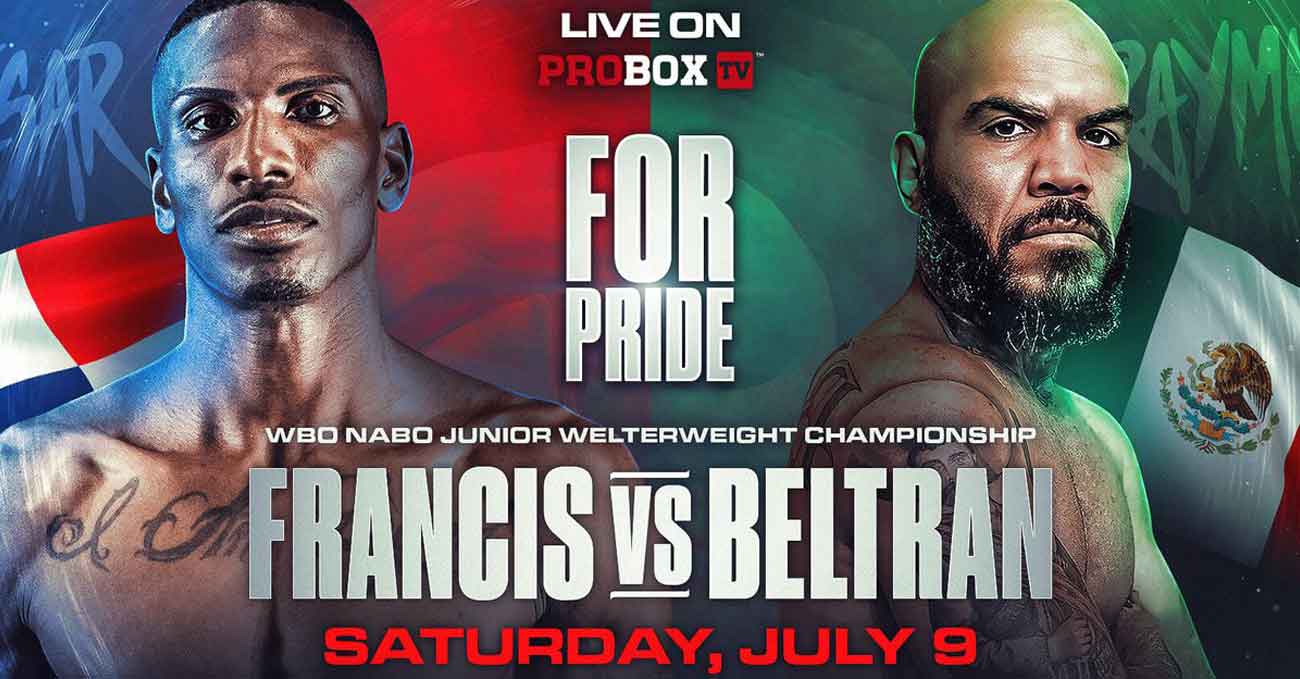 Review by AllTheBestFights.com: 2022-07-09, good pace with some nice exchanges: the boxing fight Cesar Francis vs Raymundo Beltran gets three stars (take a look at our ranking of the Best Boxing Fights of 2022).
Beltran vs Francis is the main event of the evening. Watch the video and rate this fight!

The undefeate Cesar Francis entered this fight with a perfect record of 10-0-0 (6 knockouts) and he is ranked as the No.41 welterweight in the world.
In his last three bouts he has won over Gonzalo Carlos Dallera, Jose Roman Vazquez and Mohamed Mimoune.

His opponent, the former Wbo Lw champion Raymundo Beltran, has an official boxing record of 37-9-1 (23 knockouts) and he entered as the No.56 in the super lightweight division.
He was defeated by Richard Commey in 2019 (Richard Commey vs Raymundo Beltran) but he came back to win with Edgar Ramirez in October 2021.