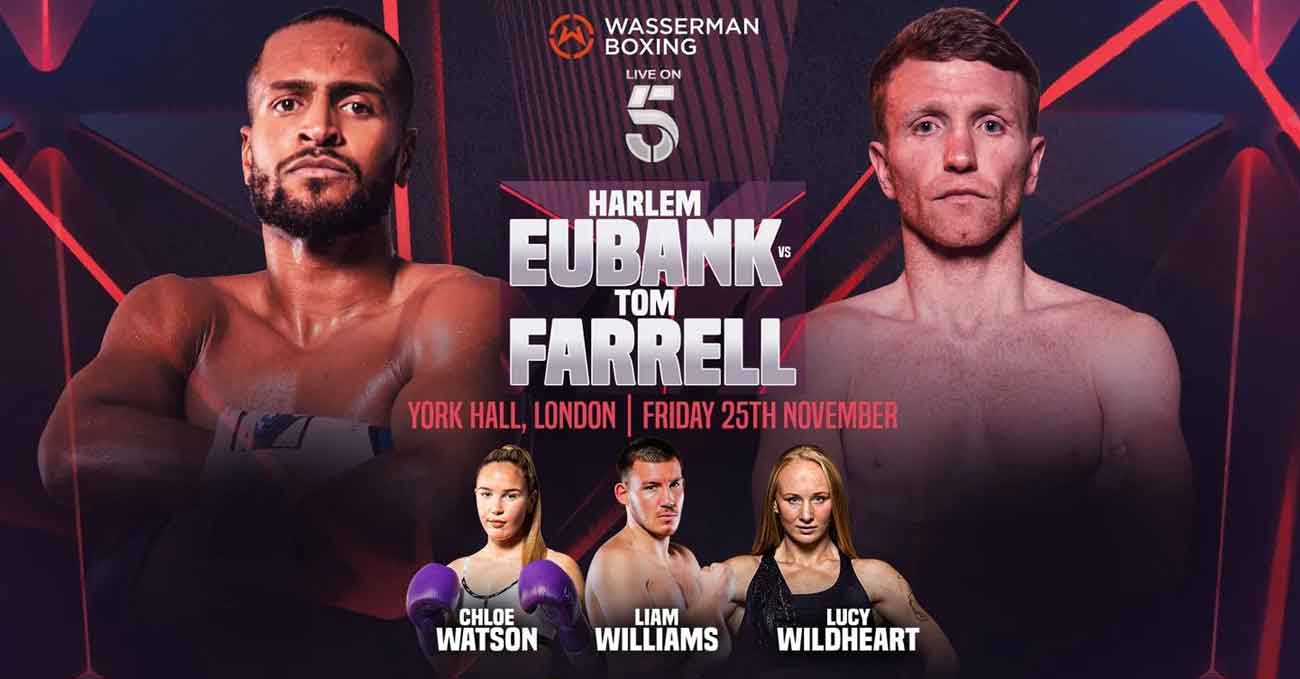 Review by AllTheBestFights.com: 2022-11-25, some good exchanges but it is not enough to get three stars: the boxing match Harlem Eubank vs Tom Farrell gets two (take a look at our ranking of the Best Boxing Fights of 2022).
Farrell vs Eubank is scheduled to take place Friday, November 25th, at the York Hall in London (United Kingdom), in a 10-round light welterweight (140 lbs, 63.5 kg) bout; it is the main event of the evening. Watch the video and rate this fight!

The undefeated Harlem Eubank entered this fight with a perfect boxing record of 15-0-0 (6 knockouts) and he is ranked as the No.51 light welterweight in the world.
In his last three fights he has won over Viorel Simion, Sean Dodd and Eliot Chavez.

His opponent, Tom Farrell, has an official record of 21-5-0 (5 knockouts) and he entered as the No.142 in the light welterweight division.
He lost to Cori Gibbs last year (via split decision) but he came back to win with Olaide Fijabi.