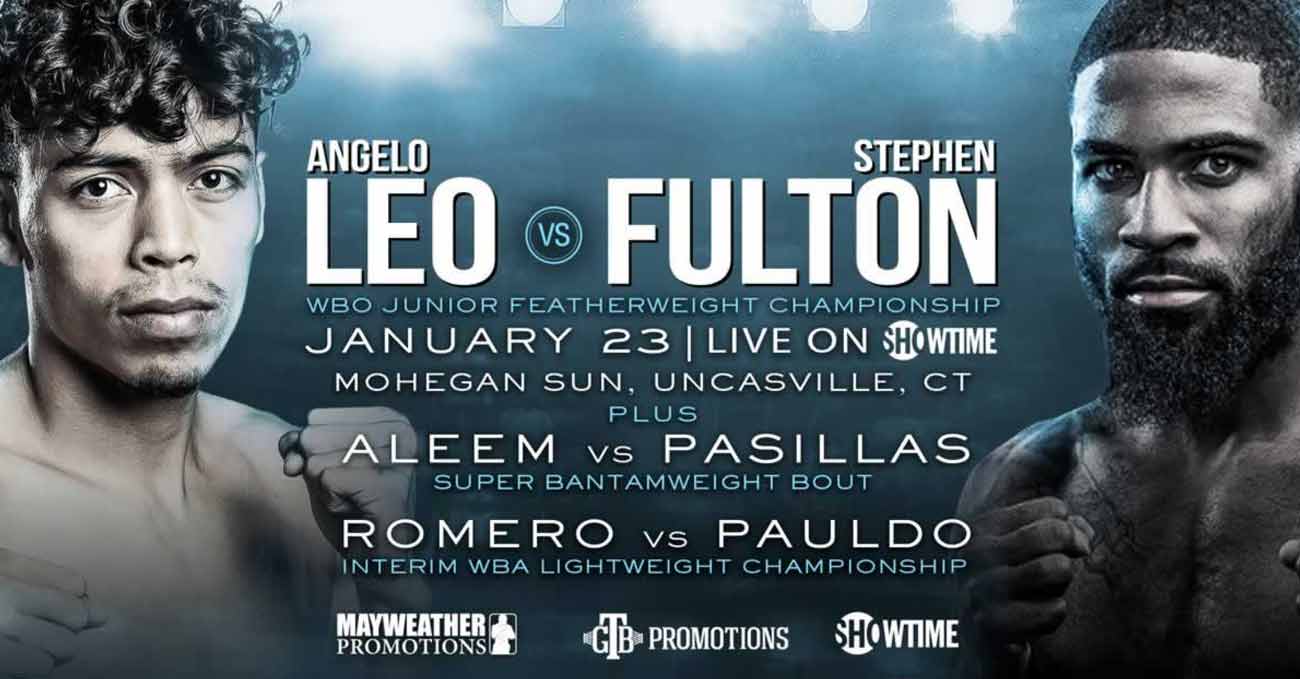 Review by AllTheBestFights.com: 2021-01-23, good performance by both boxers: the boxing fight Angelo Leo vs Stephen Fulton gets three stars.
Both undefeated, the Wbo super-Bw champion Angelo Leo entered this fight with a perfect boxing record of 20-0-0 (9 knockouts) and he is ranked as the No.3 super bantamweight in the world (currently the #1 in this division is Luis Nery) while his opponent, Stephen Fulton, has an official record of 18-0-0 (8 knockouts) and he entered as the No.4 in the same weight class. In their last three fights Leo has won over Mark John Yap (Angelo Leo vs Mark John Yap), Cesar Juarez and Tramaine Williams (Angelo Leo vs Tramaine Williams) while Fulton has beat Paulus Ambunda, Isaac Avelar and Arnold Khegai (Stephen Fulton vs Arnold Khegai). Fulton vs Leo is valid for the WBO World super bantamweight title (Leo’s first defense). Watch the video and rate this fight!