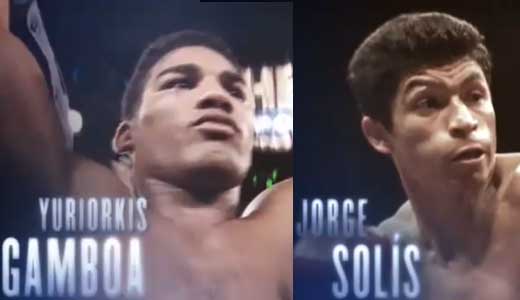 The most interesting boxing’s event of the week it focuses on the fight between Yuriorkis Gamboa vs Jorge Solis, valid for the WBA and IBF featherweight titles. The ranking of the featherweight division is dominated by Juan Manuel Lopez, but if Gamboa wants to fight against “Juanma”, is forced to win versus the experienced and solid boxer Jorge “Coloradito” Solis, who has only two defeats (one with Manny Pacquiao). On the same evening (broadcasted by Hbo), there will be two more fighting of particular interest among four undefeated boxers: Jorge Diaz vs Teon Kennedy (valid for the USBA super bantamweight title) and Miguel Angel Garcia vs Matt Remillard (valid for NABF and WBO NABO featherweight title).