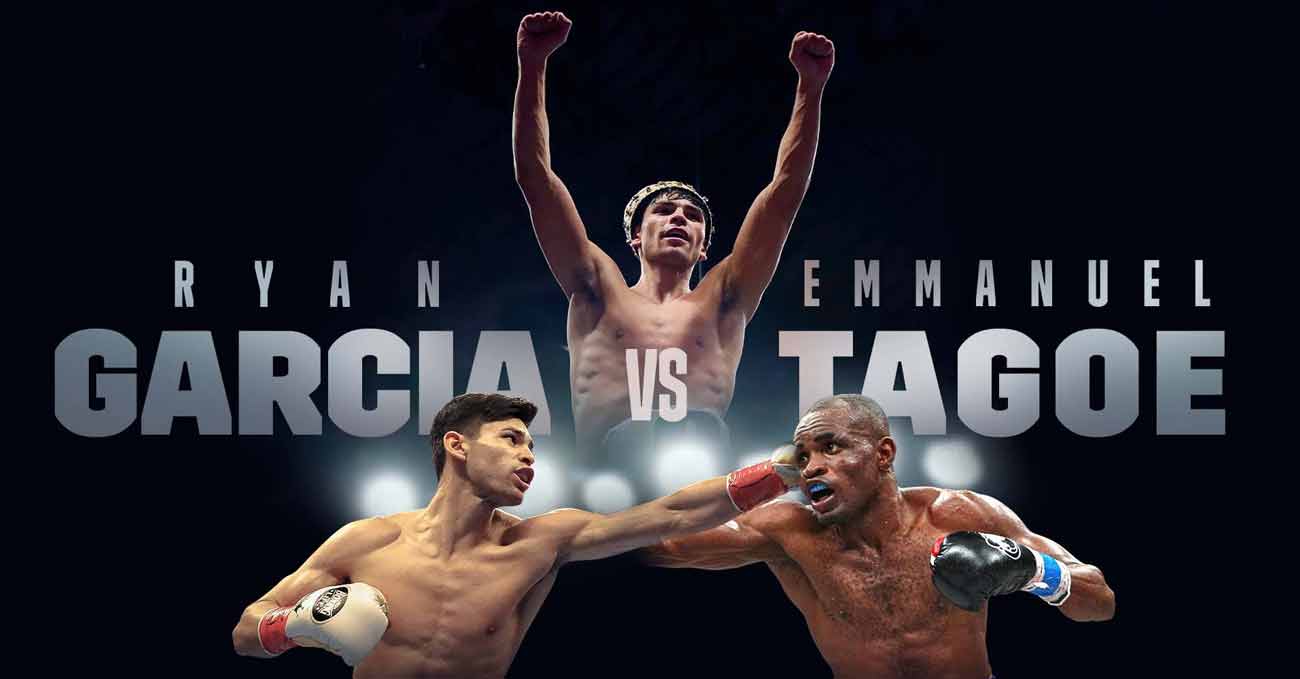 Review by AllTheBestFights.com: 2022-04-09, pretty good boxing fight: Ryan Garcia vs Emmanuel Tagoe gets three stars (take a look at our ranking of the Best Boxing Fights of 2022).
Tagoe vs Garcia is the main event of the evening. Watch the video and rate this fight!

His opponent, the former Ibo Lw champion Emmanuel Tagoe, has an official boxing record of 32-1-0 (15 knockouts) but he is not ranked as he hasn’t fought since 2020.
He suffered his only loss at his first professional bout in 2014, against Lante Addy, since then he has won 31 consecutive fights beating Vyacheslav Gusev, Ishmeal Aryeetey and Mason Menard in his last three.
The last two Tagoe’s fights we have posted are with Fernando David Saucedo (Emmanuel Tagoe vs Fernando David Saucedo) and Paulus Moses, both held in 2018 (Emmanuel Tagoe vs Paulus Moses).