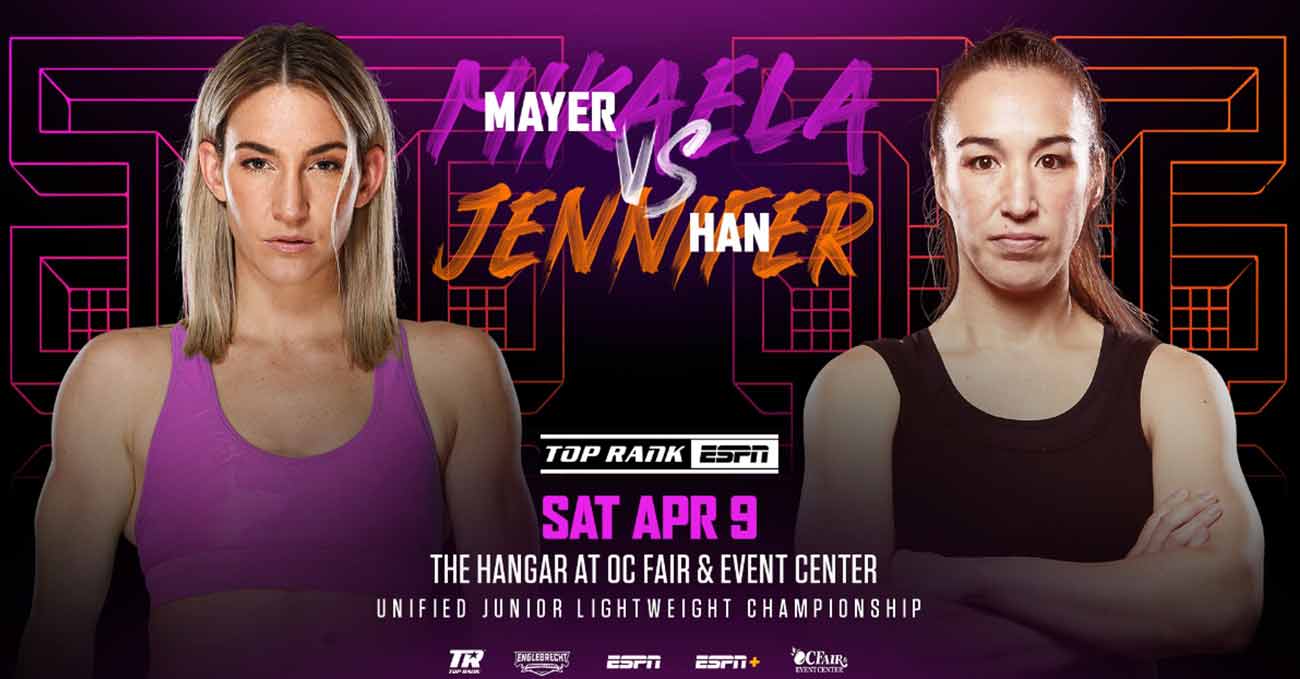 Review by AllTheBestFights.com: 2022-04-09, boxing fight not particularly good: Mikaela Mayer vs Jennifer Han gets two stars.
Han vs Mayer is the main event of the evening and it is valid for the IBF and WBO World female super-featherweight titles. Watch the video and rate this fight!

Her opponent, the former Ibf Fw champion Jennifer Han, has an official record of 18-4-1 (1 knockout) and she entered as the No.6 in the super featherweight division.
In her last three bouts she has beat Lizbeth Crespo and Jeri Sitzes but then she has lost to Katie Taylor (Katie Taylor vs Jennifer Han).