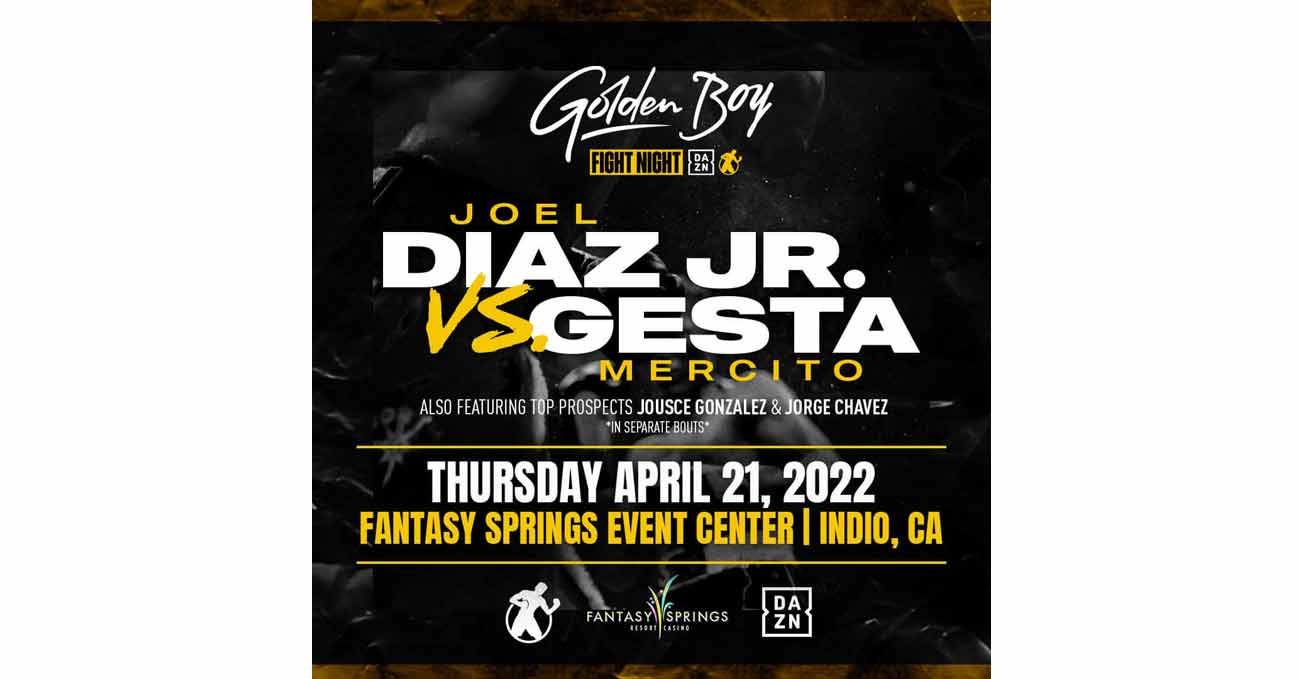 Review by AllTheBestFights.com: 2022-04-21, great performance by both fighters: the boxing fight Joel Diaz Jr vs Mercito Gesta is close to get four stars!
Gesta vs Diaz is the main event of the evening. Watch the video and rate this fight!

Joel Diaz Jr entered this fight with a pro boxing record of 26-2-0 (22 KOs=85%) and he is ranked as the No.141 lightweight in the world.
He lost to Cristian Rafael Coria in 2019 but then he has beat Saul Banos Juarez and Francisco Gabriel Pina. In 2017, he had also faced Regis Prograis but he lost via tko in two rounds (Regis Prograis vs Joel Diaz Jr).