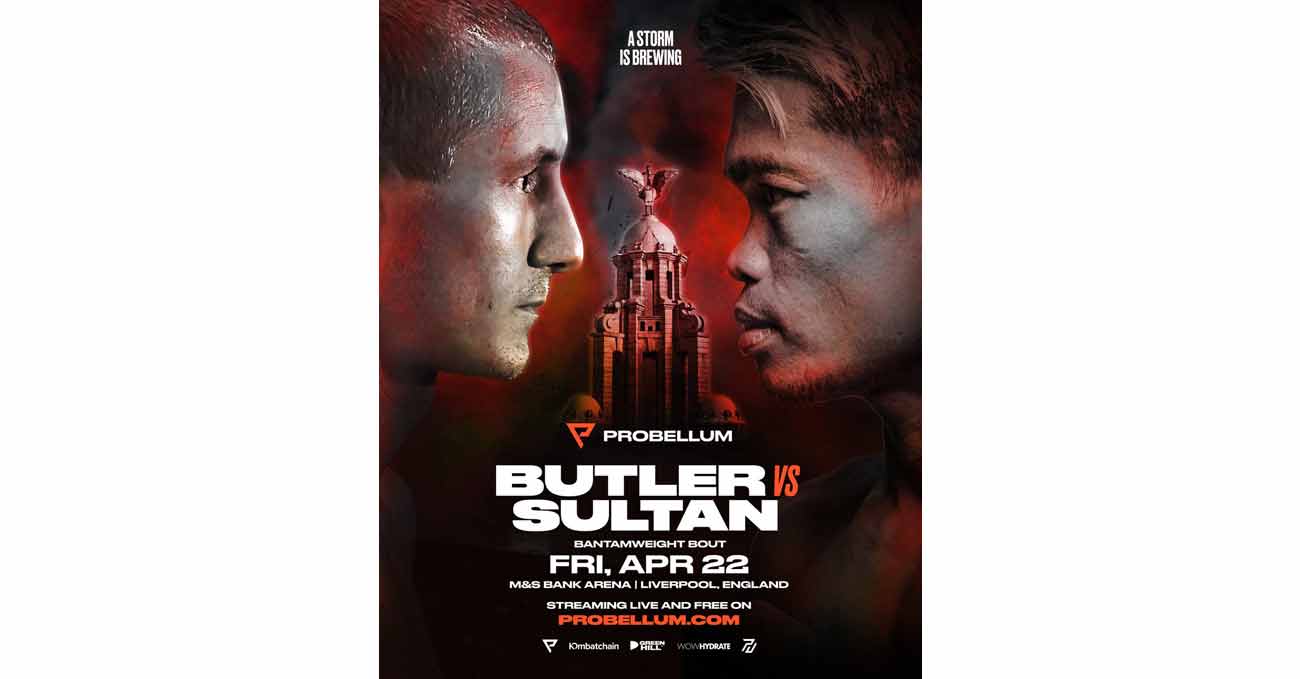 Review by AllTheBestFights.com: 2022-04-22, some good exchanges but it is not enough to get three stars: the boxing fight Paul Butler vs Jonas Sultan gets two.
Sultan vs Butler is the main event of the evening and it is valid for the interim WBO World bantamweight title. Watch the video and rate this fight!

The former Ibf Bw champ Paul Butler entered this fight with a professional record of 33-2-0 (15 knockouts) and he is ranked as the No.18 bantamweight in the world.
He lost to Emmanuel Rodriguez in 2018 (Paul Butler vs Emmanuel Rodriguez) but then he has won seven consecutive fights beating Ryan Walker and Willibaldo Garcia in his last two.

His opponent, Jonas Sultan, has a boxing record of 18-5-0 (11 knockouts) and he entered as the No.14 in the bantamweight division.
He was defeated by Athenkosi Dumezweni in 2019 but then he has beat Salatiel Amit, Sharone Carter and Carlos Caraballo (Carlos Caraballo vs Jonas Sultan).