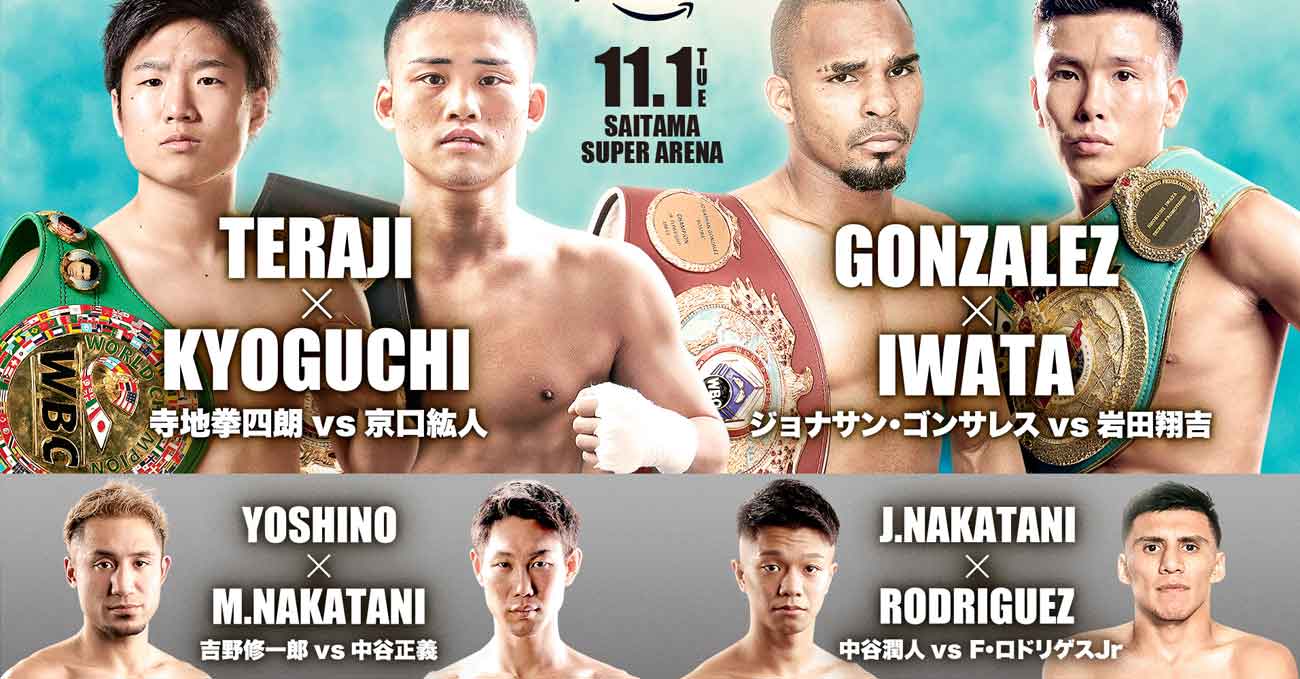 Review by AllTheBestFights.com: 2022-11-01, some good exchanges but it is not enough to get three stars: the boxing match Jonathan Gonzalez vs Shokichi Iwata gets two (take a look at our ranking of the Best Boxing Fights of 2022).
Iwata vs Gonzalez is scheduled to take place Tuesday November 1st, at the Super Arena in Saitama (Japan), in a 12-round light flyweight (108 lbs, 49.0 kg) bout; it is valid for the WBO World light-flyweight title (Gonzalez’s second defense); undercard of Kenshiro Teraji vs Hiroto Kyoguchi. Watch the video and rate this fight!

His opponent, the undefeated Shokichi Iwata, has a perfect record of 9-0-0 (6 knockouts) and he entered as the No.9 in the light flyweight division.
In his last three matches he has won over Rikito Shiba, Toshimasa Ouchi and Kenichi Horikawa.