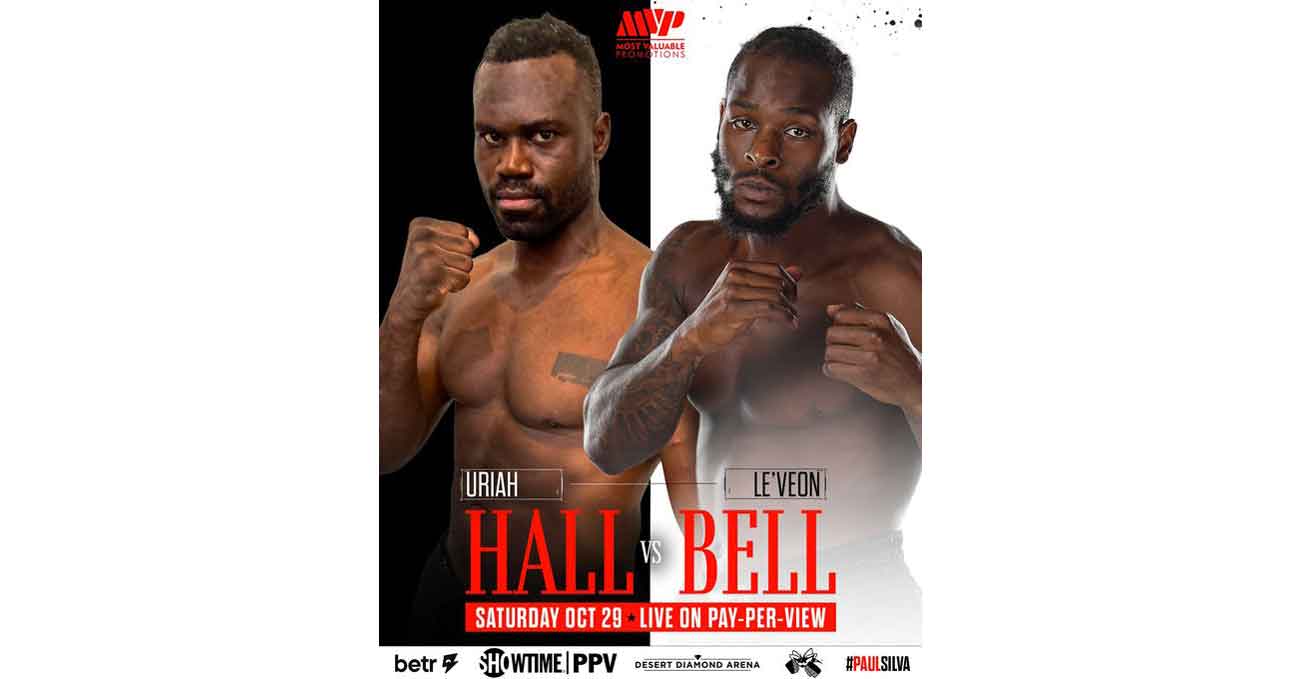 Review by AllTheBestFights.com: 2022-10-29, boxing match not particularly good: Uriah Hall vs Le’Veon Bell gets two stars (take a look at our ranking of the Best Boxing Fights of 2022).
Bell vs Hall is scheduled to take place Saturday, October 29th, at the Gila River Arena in Glendale (Arizona, USA), in a 4-round light heavyweight (175 lbs, 79.4 kg) bout; it is on the undercard of Jake Paul vs Anderson Silva. Watch the video and rate this fight!

His opponent, the NFL American football running back Le’Veon Bell, is also at his pro boxing debut.
As a boxer he had just fight NFL veteran Adrian Peterson beating him in five rounds but it was an exhibition match.