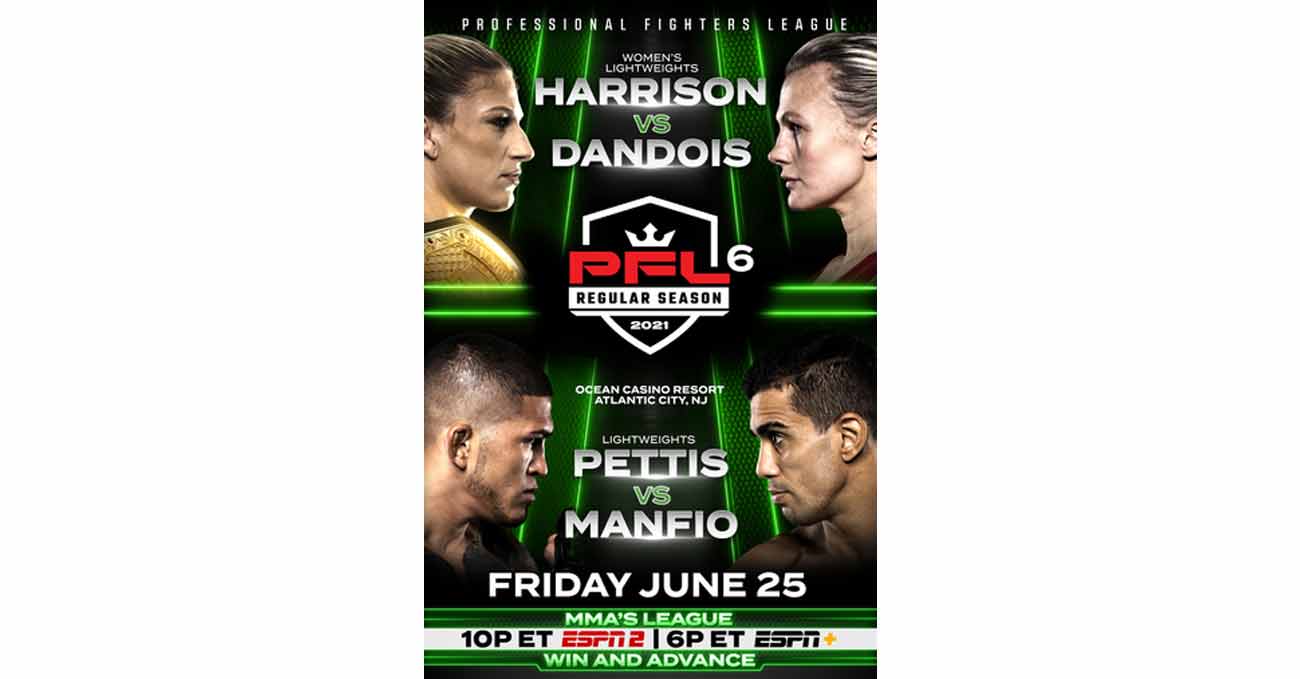 Review by AllTheBestFights.com: 2021-06-25, pretty good mma fight: Kayla Harrison vs Cindy Dandois gets three stars (take a look at our ranking of the Best Mma Fights of 2021).
Dandois vs Harrison is the main event of PFL 6 – Professional Fighters League. Watch the video and rate this fight!

The undefeated black belt in judo, 2012 and 2016 Olympic judo gold medalist Kayla Harrison entered this fight with a perfect mma record of 9-0-0 (78% finishing rate) and she is ranked as the No.2 women’s featherweight in the world.
In her last three bouts she has won over Larissa Pacheco, Courtney King and Mariana Morais.

Her opponent, the black belt in judo Cindy Dandois, has a record of 16-6-0 (81% finishing rate) and she entered as the No.17 in the women’s featherweight division.
In her last three matches she has beat Bethany Christensen and Eleni Mytilinaki but then she has lost to Kaitlin Young.

Selection of the best videos about the fight Kayla Harrison vs Cindy Dandois. If you have seen the full fight you can rate it at the bottom of this post.