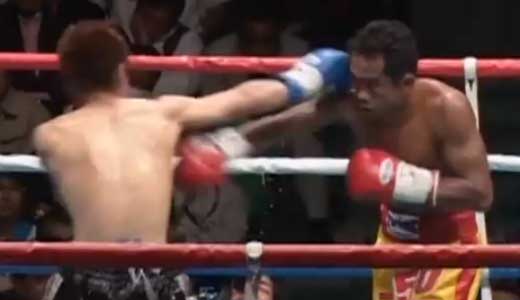 Review: the first fight between Hozumi Hasegawa and Veeraphol Sahaprom was one of the best boxing fight of 2005. Sahaprom was the WBC champion of the bantamweight division since 1998 (when he won against the Japanese Joichiro Tatsuyoshi) and he had defended the title successfully 14 times already, instead for Hasegawa this fight was his first World chance but he had two small advantages: he fought in Japan (his mother country) and was younger than 12 years. The first fight between Hasegawa and Sahaprom was valid for the WBC bantamweight title. Watch the video!