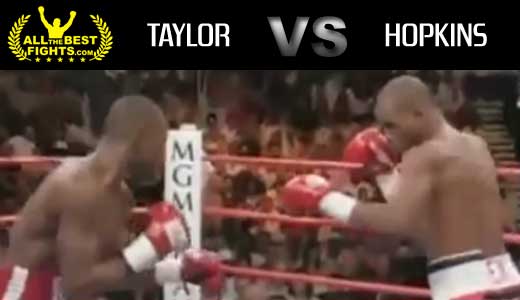 Review: the style of fighting of Jermain Taylor and Bernard Hopkins is not usually among the most spectacular, but during 2005 they faced twice giving life to two beautiful fights (especially the first one). Hopkins was the undisputed champion of the middleweight division and he did not lose since 1993 (against Roy Jones Jr), but “The Executioner”, in 2005, was already 40 years old, 13 more than Taylor who was also undefeated. The first fight Taylor vs Hopkins was valid for four world titles: WBA, WBC, IBF and WBO. Watch the video!