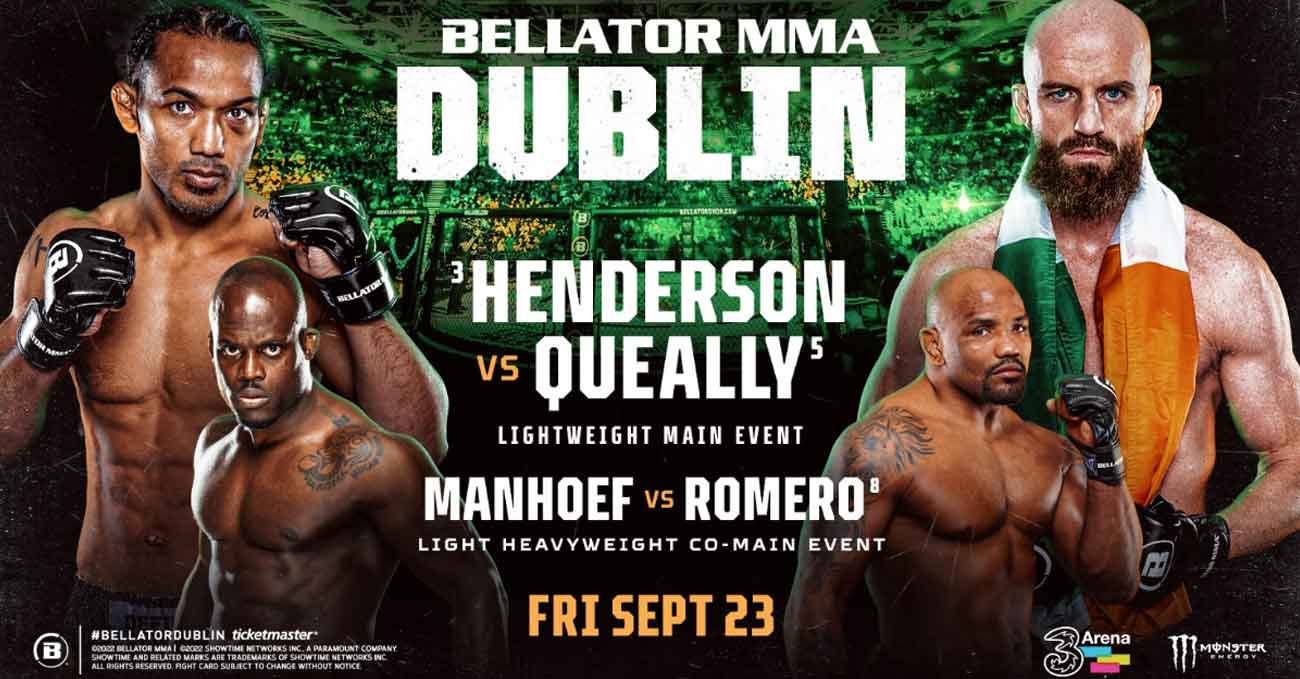 Review by AllTheBestFights.com: 2022-09-23, mma bout not so exciting: Benson Henderson vs Peter Queally gets two stars (take a look at our ranking of the Best Mma Fights of 2022).
Queally vs Henderson is scheduled to take place Friday, September 23rd, at the 3Arena in Dublin (Ireland), in a 5-round lightweight (155 lbs, 70 kg) bout; it is the main event of Bellator 285. Watch the video and rate this fight!

His opponent, Peter Queally, has an official record of 13-6-1 (23% ko/tko victory rate – he has never won via submission) and he entered as the No.63 in the lightweight division.
In his last three fights he has beat Ryan Scope in 2019 but then he has faced twice Patricky Freire beating the Brazilian in their first match (Patricky Freire vs Peter Queally I) and losing the second one (Peter Queally vs Patricky Freire II).