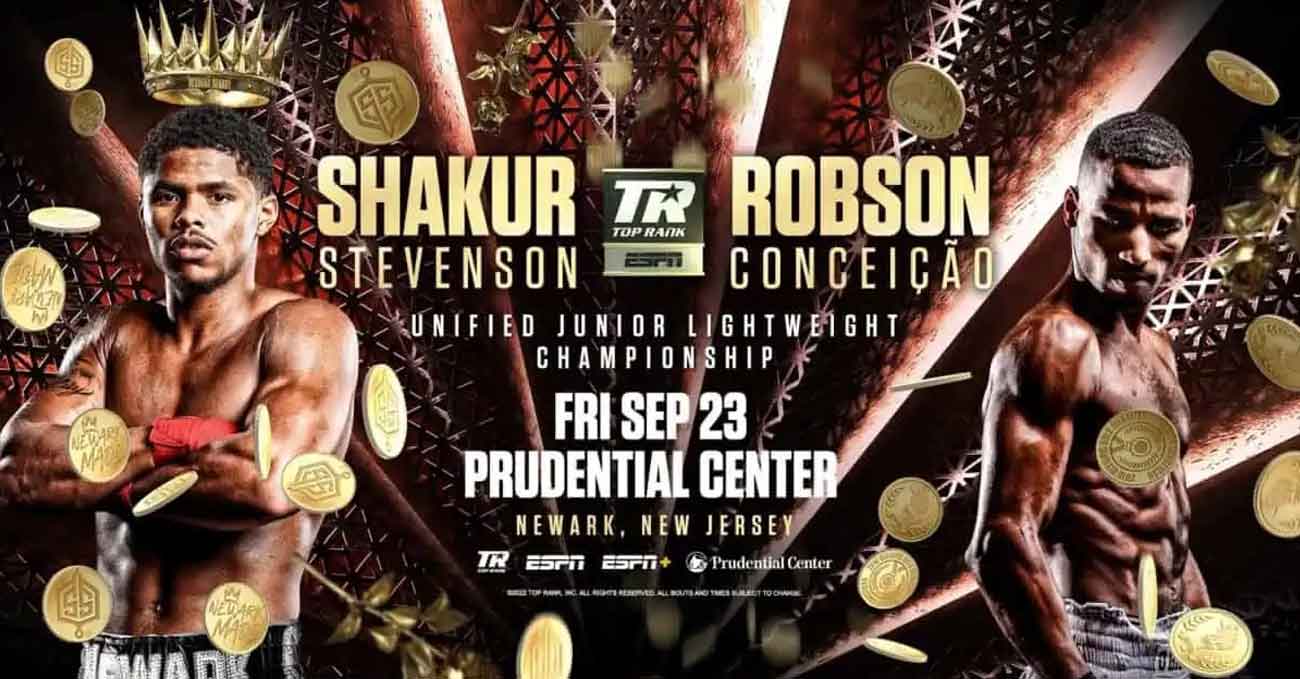 Review by AllTheBestFights.com: 2022-09-23, some good single shots but it is not enough to get three stars: the boxing match Shakur Stevenson vs Robson Conceicao gets two (take a look at our ranking of the Best Boxing Fights of 2022).
Conceicao vs Stevenson is scheduled to take place Friday, September 23rd, at the Prudential Center in Newark (New Jersey, USA), in a 12-round super featherweight (130 lbs, 59.0 kg) bout; it is the main event of the evening and it is valid for the WBC and WBO World super-featherweight titles but just for the Brazilian since the American missed weight. Watch the video and rate this fight!