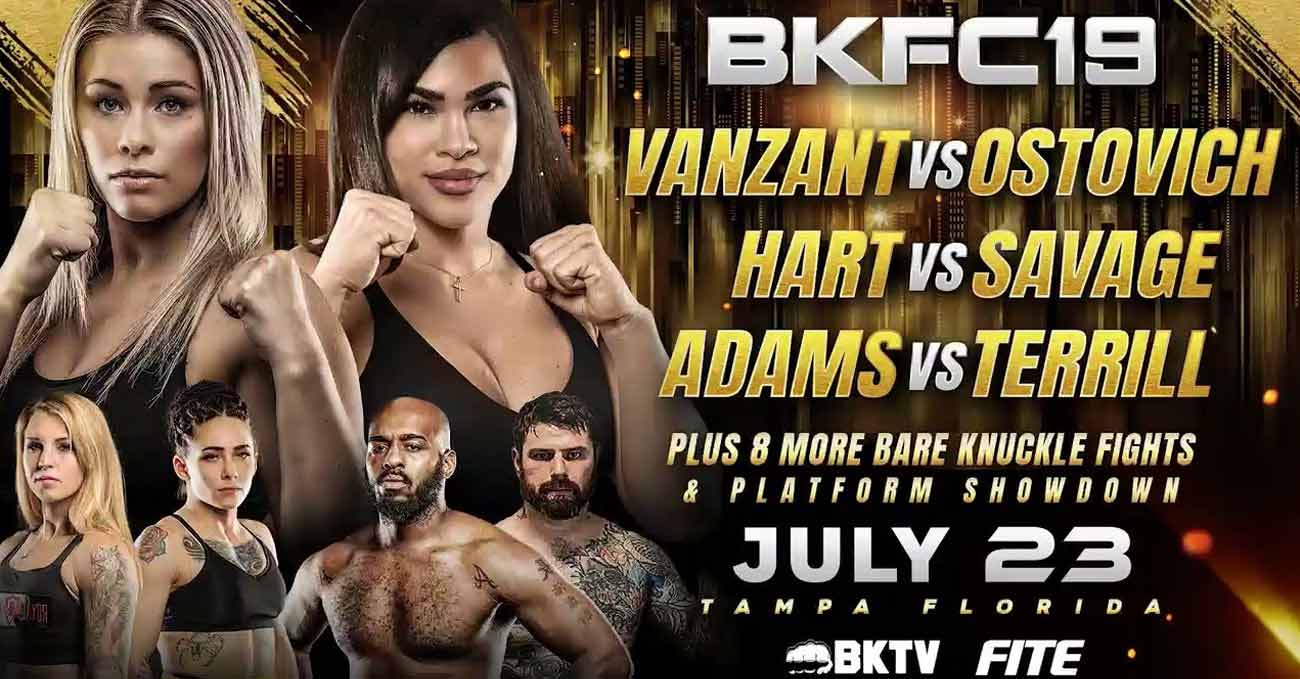 The bare knuckle boxing fight Paige VanZant vs Rachael Ostovich 2 is scheduled for Friday, July 23th, 2021 at the Florida State Fairgrounds Hall, Tampa, Florida, USA; the match is the main event of BKFC 19.
Before the bout take place, you can watch the official preview videos ‘Ungloved – The Road to BKFC 19’, press conference, weigh-in (on Thursday) etc, or discover how to watch VanZant vs Ostovich 2 on tv, the fight time and the card.
Paige VanZant entered this fight with a professional boxing record of 0-1-0 (but she has a mma record of 8-5-0 – 62% finishing rate) while Rachael Ostovich is at his professional boxing debut but she has an official mma record of 4-6-0 (50% submission victory rate – she has never won via ko/tko).