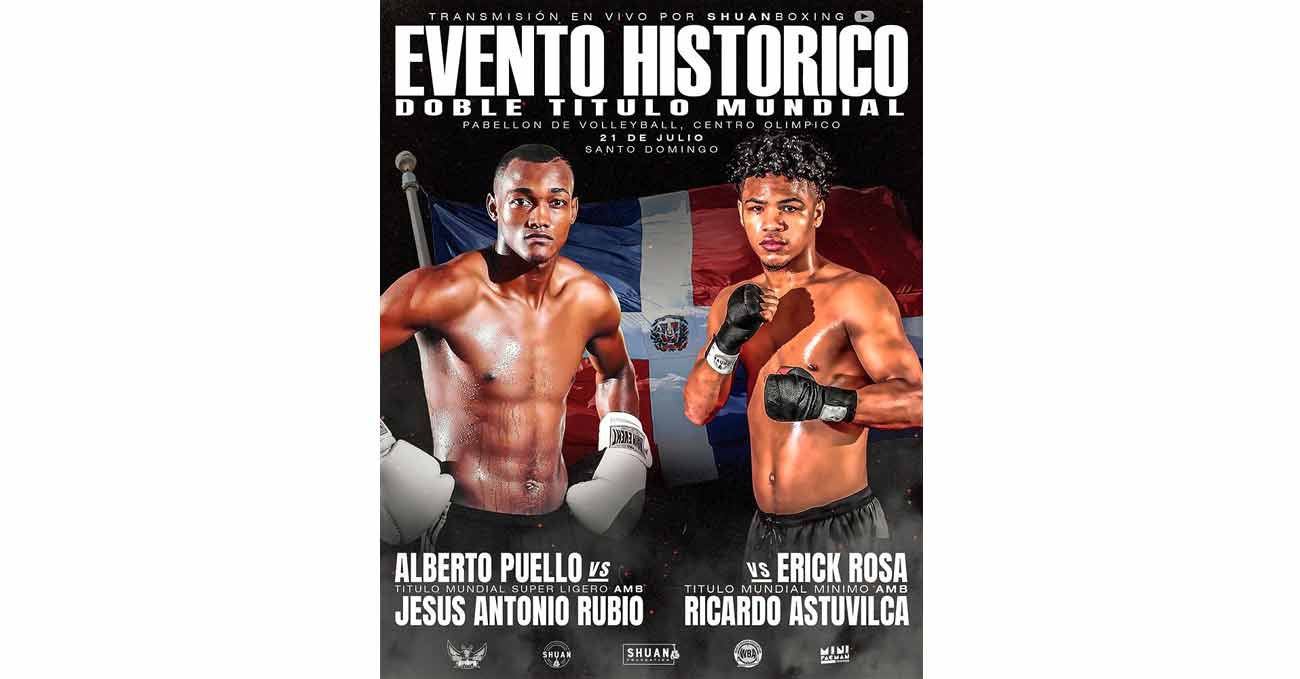 Review by AllTheBestFights.com: 2021-07-21, some good exchanges but it is not enough to get three stars: the boxing fight Erick Rosa Pacheco vs Ricardo Astuvilca gets two (take a look at our ranking of the Best Boxing Fights of 2021).
Astuvilca vs Rosa is the main event of the evening and it is valid for the interim WBA World minimumweight title. Watch the video and rate this fight!

The undefeated Erick Rosa Pacheco entered this fight with a pro boxing record of 3-0-0 (1 knockout) and he is ranked as the No.35 minimumweight in the world.
In his previous three bouts he has won over Oscar Bermudez Salas, Byron Castellon and Kenny Cano.

His opponent, the undefeated Ricardo Astuvilca, has a perfect record of 21-0-0 (4 knockouts) and he entered as the No.52 in the minimumweight division.
In his last three matches he has beat twice Carlos Correa and once Julio Mendoza.