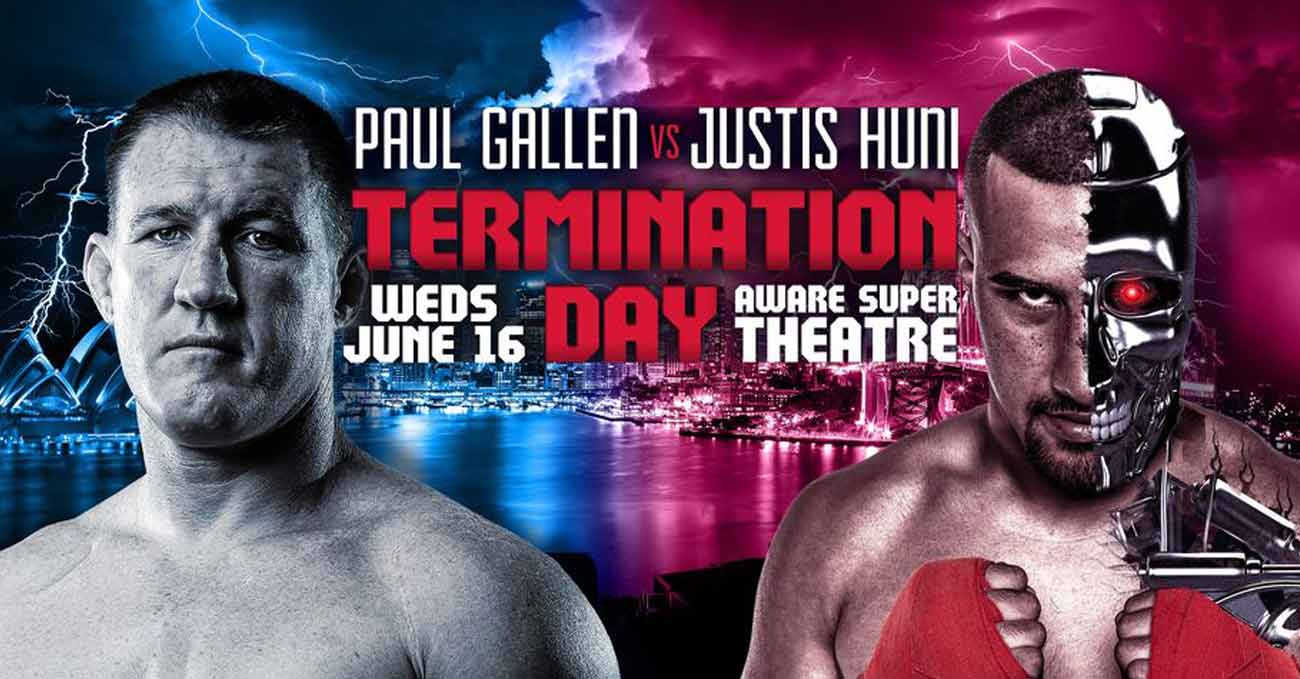 Review by AllTheBestFights.com: 2021-06-16, bood boxing fight with some nice and tough exchanges: Paul Gallen vs Justis Huni gets three stars (take a look at our ranking of the Best Boxing Fights of 2021).
Huni vs Gallen is the main event of the evening and it is valid for the Australian heavyweight title. Watch the video and rate this fight!

The undefeated Australian former professional rugby league footballer Paul Gallen entered this fight with a professional boxing record of 11-0-1 (6 knockouts) and he is ranked as the No.53 heavyweight in the world.
The only man who stopped him in a draw was Barry Hall in 2019 (Barry Hall vs Paul Gallen), after this match he has won over former K-1 world champion and former Ufc/Pride/Mma fighter Mark Hunt (Mark Hunt vs Paul Gallen) and also over Lucas Browne (Paul Gallen vs Lucas Browne).

His opponent, the undefeated Justis Huni, has a perfect record of 4-0-0 (3 KOs=75%) and he entered as the No.90 in the heavyweight division.
In his four pro bout he has beat Faiga Opelu, Arsene Fosso, Jack Maris and Christian Ndzie Tsoye.

Selection of the best videos about the fight Paul Gallen vs Justis Huni. If you have seen the full fight you can rate it at the bottom of this post.