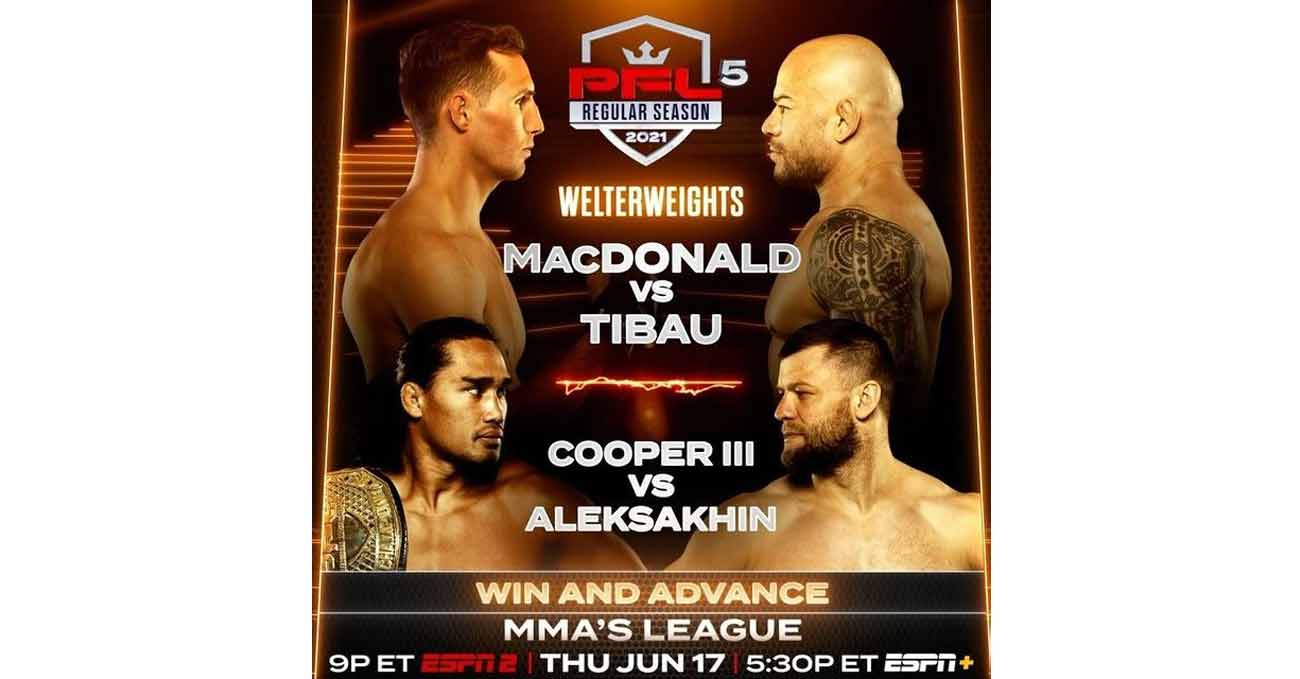 Review by AllTheBestFights.com: 2021-06-17, pretty good mma fight: Rory MacDonald vs Gleison Tibau gets three stars (take a look at our ranking of the Best Mma Fights of 2021).
Tibau vs MacDonald is the main event of PFL 5 – Professional Fighters League. Watch the video and rate this fight!

His opponent, the black belt in Brazilian jiu-jitsu Gleison Tibau, has an official record of 35-15-0 (51% finishing rate) and he entered as the No.111 in the welterweight division.
He won just two out of his last seven matches beating Efrain Escudero in 2018 and Will Brooks in 2019; after this bout he has lost to Joao Zeferino in 2021.

Selection of the best videos about the fight Rory MacDonald vs Gleison Tibau. If you have seen the full fight you can rate it at the bottom of this post.