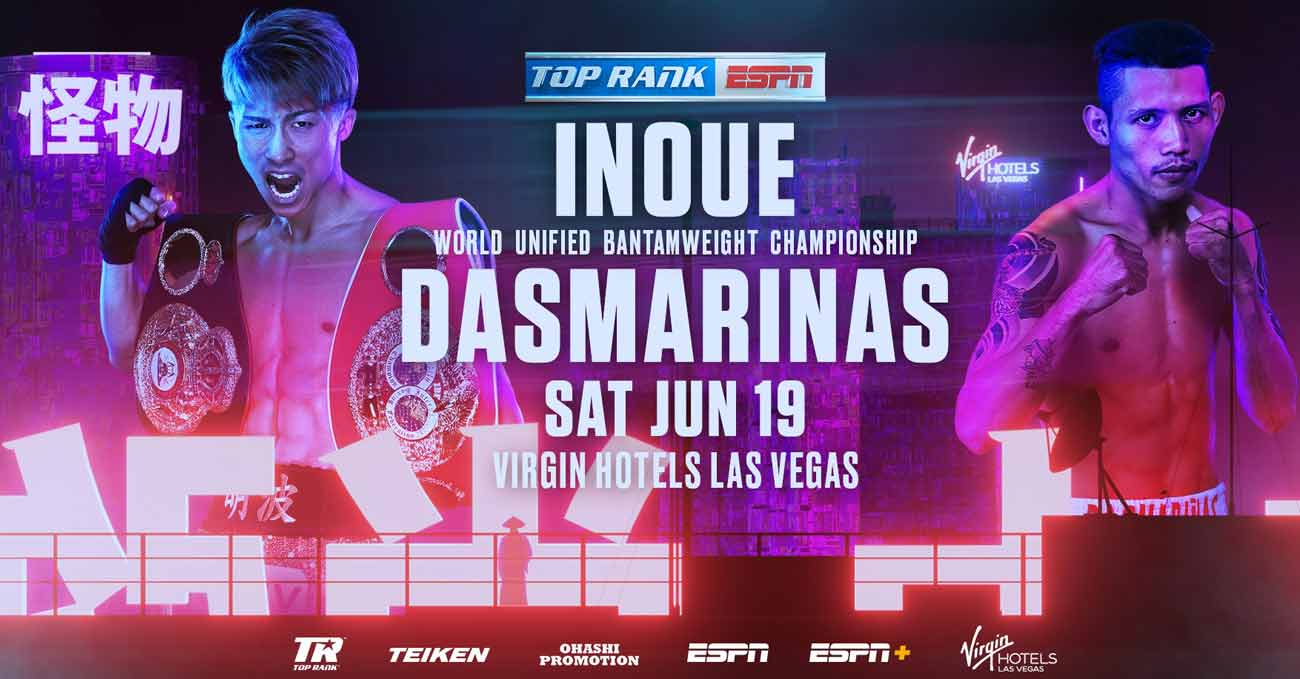 Review by AllTheBestFights.com: 2021-06-19, pretty good finish but in a one sided boxing fight: Naoya Inoue vs Michael Dasmarinas gets two stars (take a look at our ranking of the Best Boxing Fights of 2021).
Dasmarinas vs Inoue is the main event of the evening and it is valid for the WBA and IBF World bantamweight titles. Watch the video and rate this fight!

His opponent, the former Ibo Bw champ Michael Dasmarinas, has an official record of 30-2-1 (20 knockouts) but he is not ranked as he hasn’t fought since 2019.
He lost to Lwandile Sityatha in 2014 but since then he has collected one draw, with Manyo Plange, and twelve victories beating Kenny Demecillo and Artid Bamrungauea in his last two.

Selection of the best videos about the fight Naoya Inoue vs Michael Dasmarinas. If you have seen the full fight you can rate it at the bottom of this post.