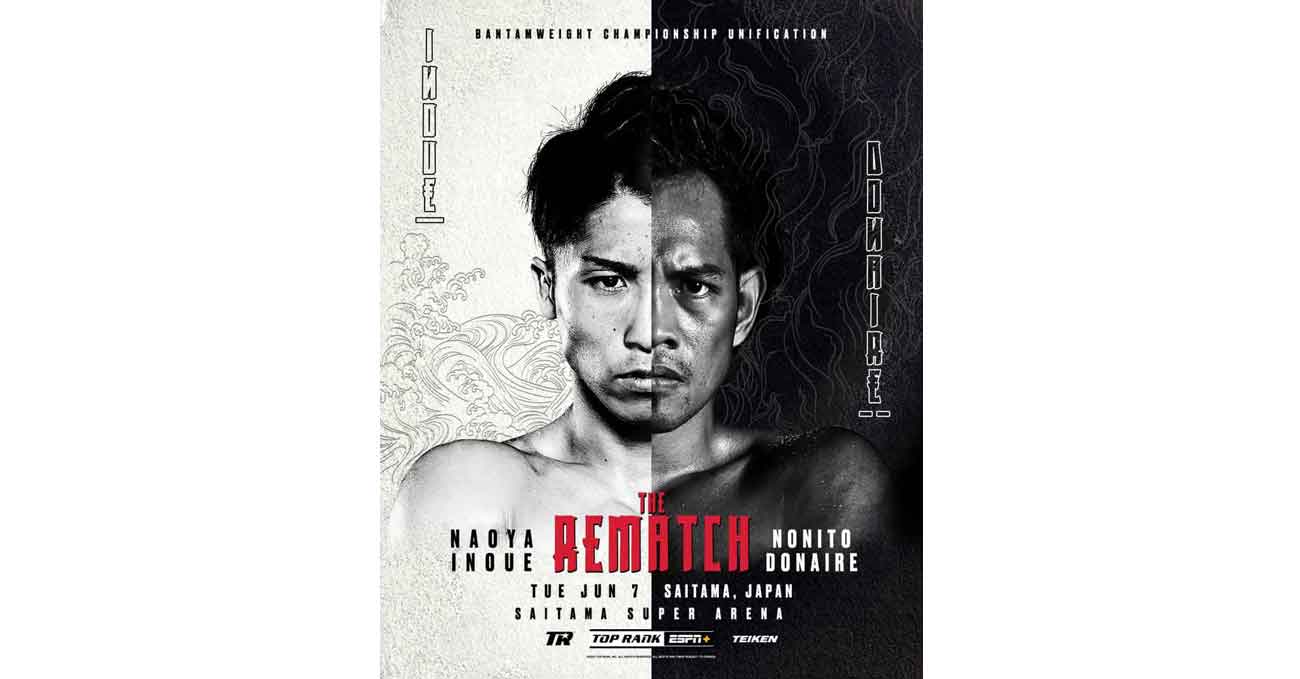 Review by AllTheBestFights.com: 2022-06-07, good pace with some tough exchanges: the boxing fight Takuma Inoue vs Gakuya Furuhashi gets three stars (take a look at our ranking of the Best Boxing Fights of 2022).
Furuhashi vs Inoue is valid for the WBO Asia Pacific and Japanese super-bantamweight titles; undercard of Naoya Inoue vs Nonito Donaire 2. Watch the video and rate this fight!

Takuma Inoue entered this fight with a pro boxing record of 15-1-0 (3 knockouts) and he is ranked as the No.9 super bantamweight in the world (currently the #1 in this division is Stephen Fulton).
He suffered his only loss when he faced Nordine Oubaali in 2019 (Nordine Oubaali vs Takuma Inoue), since then he has beat Keita Kurihara and Shingo Wake.

His opponent, Gakuya Furuhashi, has a record of 28-8-2 (16 knockouts) and he entered as the No.13 in the super bantamweight division.
He lost to Yasutaka Ishimoto in 2016 but since then he has collected ten consecutive victories and one draw, with Yusaku Kuga.