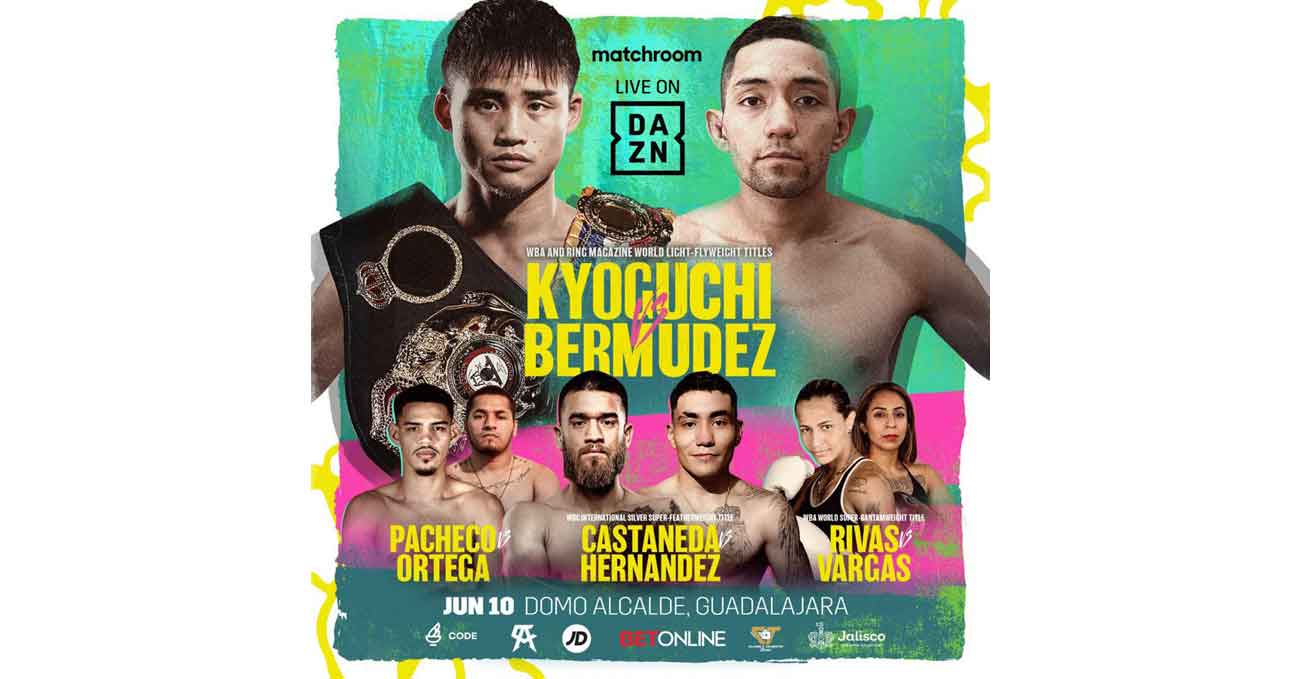 Review by AllTheBestFights.com: 2022-06-10, pretty good boxing fight: Hiroto Kyoguchi vs Esteban Bermudez gets three stars (take a look at our ranking of the Best Boxing Fights of 2022).
Bermudez vs Kyoguchi is the main event of the evening and it is valid for the WBA Super World light-flyweight title (Kyoguchi’s fourth defense). Watch the video and rate this fight!

His opponent, the Wba light-Flw champion Esteban Bermudez, has a boxing record of 14-3-2 (10 knockouts) but he is not ranked as he hasn’t fought for more than one year.
He was defeated by Rosendo Hugo Guarneros in 2020 but then he has collected one draw and two victories beating Carlos Canizales in his last one.