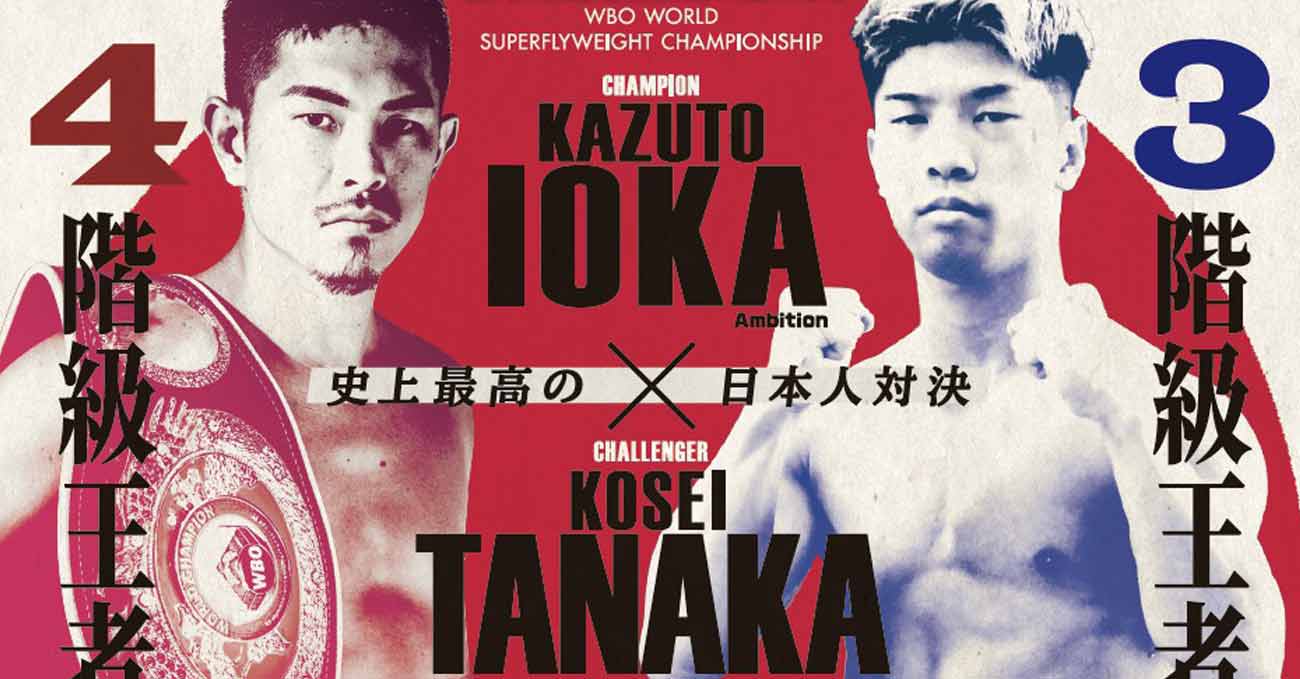 Review by AllTheBestFights.com: 2020-12-31, good fight between Kosei Tanaka and Kazuto Ioka: it gets three stars (take a look at our ranking of the best boxing fights of 2020).
The undefeated world champion in three different weight classes Kosei Tanaka entered this fight with a perfect boxing record of 15-0-0 (9 knockouts) and he is ranked as the No.1 flyweight in the world. In his last three bouts he has won over Ryoichi Taguchi (Kosei Tanaka vs Ryoichi Taguchi), Jonathan Gonzalez (Kosei Tanaka vs Jonathan Gonzalez) and Wulan Tuolehazi (Kosei Tanaka vs Wulan Tuolehazi).
His opponent, the world champion in four different weight divisions Kazuto Ioka, has an official record of 25-2-0 (14 knockouts) and he entered as the No.4 super flyweight. He lost to Donnie Nietes in 2018 (Donnie Nietes vs Kazuto Ioka) but then he has beat Aston Palicte (Kazuto Ioka vs Aston Palicte) and Jeyvier Cintron (Kazuto Ioka vs Jeyvier Cintron). Ioka vs Kosei is valid for the WBO World super-flyweight title (Ioka’s second defense). Watch the video and rate this fight!