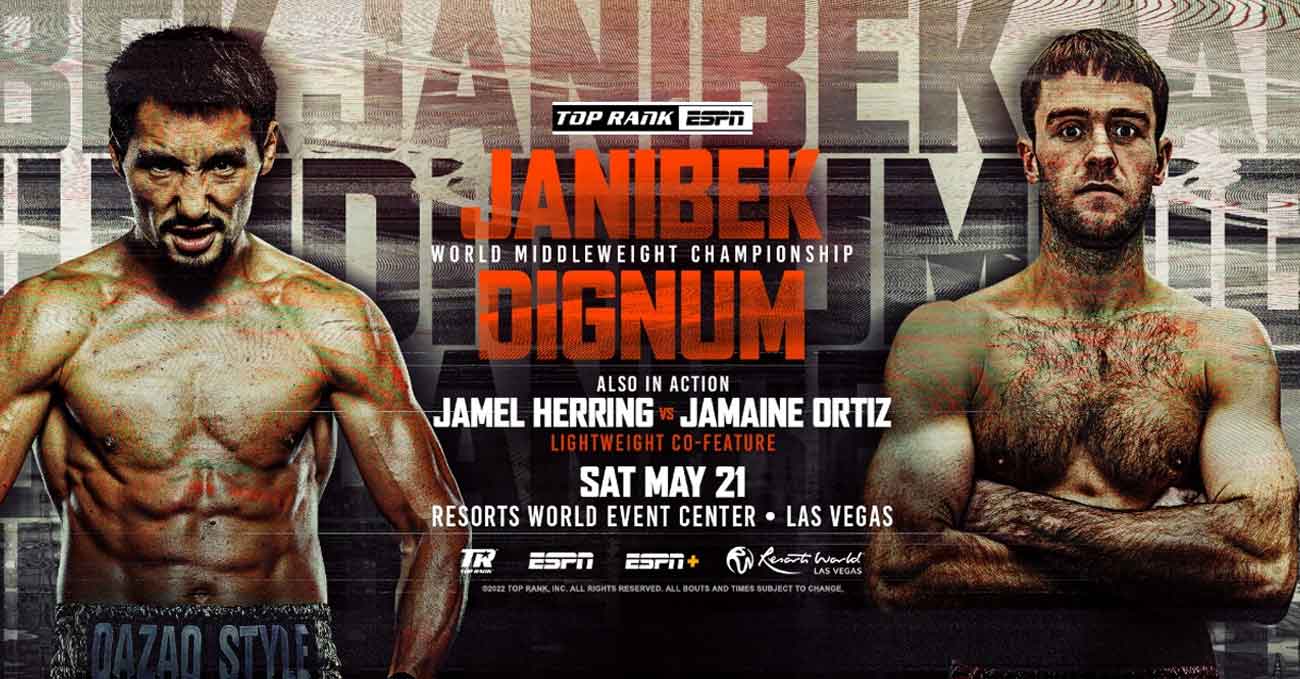 Review by AllTheBestFights.com: 2022-05-21, good boxing fight: Zhanibek Alimkhanuly vs Danny Dignum gets three stars (take a look at our ranking of the Best Boxing Fights of 2022).
Dignum vs Janibek is the main event of the evening and it is valid for the interim WBO World middleweight title. Watch the video and rate this fight!

His opponent, the undefeated Danny Dignum, has an official boxing record of 14-0-1 (8 knockouts) and he entered as the No.28 in the middleweight division.
In his last three matches he has defeated Alfredo Meli, has tied with Andrey Sirotkin and has beat Grant Dinnes (Danny Dignum vs Grant Dennis).