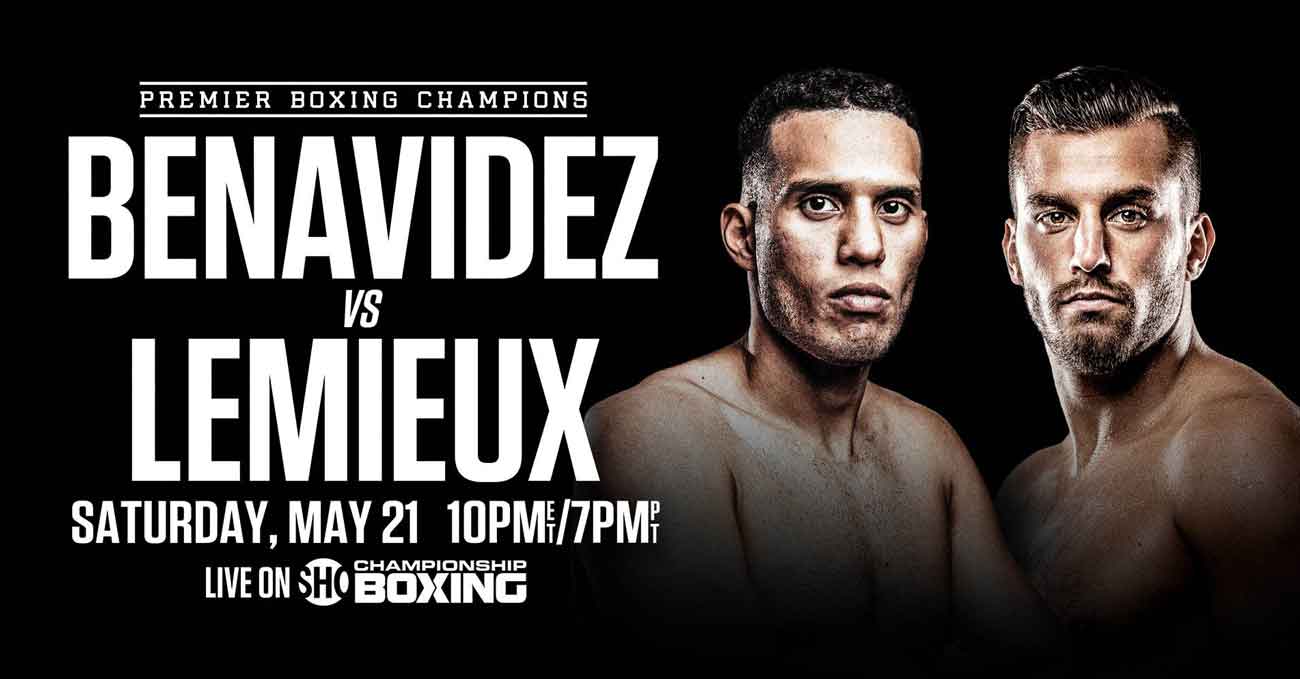 Review by AllTheBestFights.com: 2022-05-21, exciting and explosive match thanks to some heavy and tough exchanges since the first round: David Benavidez vs David Lemieux is one of the best boxing fights of the year 2022 and it gets four stars!
Lemieux vs Benavidez is the main event of the evening and it is valid for the interim WBC World super-middleweight title. Watch the video and rate this fight!

His opponent, the former Ibf Mw champion David Lemieux, has a boxing record of 43-4-0 (36 KOs=84%) and he entered as the No.12 in the super middleweight division.
He lost to Billy Joe Saunders in 2017 (Billy Joe Saunders vs David Lemieux) but since then he has won five consecutive bouts defeating Francy Ntetu and David Zegarra in his last two (David Lemieux vs David Zegarra).
Among the best fights of Lemieux we suggest these: