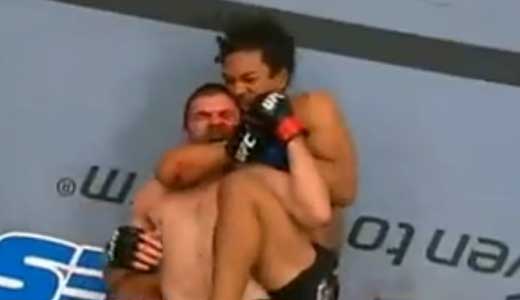 Review: 2011-08-14, Benson Henderson (13-2-0), after the nice fight versus Mark Bocek (UFC 129 – St. Pierre vs Shields), give us another great performance winning against Jim Miller (20-2-0) that came from seven consecutive wins. The fight Henderson vs Miller was very exciting thanks to a very high pace and nice actions both standing and on the ground: one of the best mma fighting of the year and the best fight of the “UFC Live 5 – Hardy vs Lytle”. Watch the video!

Video: We are sorry, but since we have been contacted by “UFC – Zuffa”, we post only video highlights of the fight. If you have seen the full fight video you can rate it. THANKS!