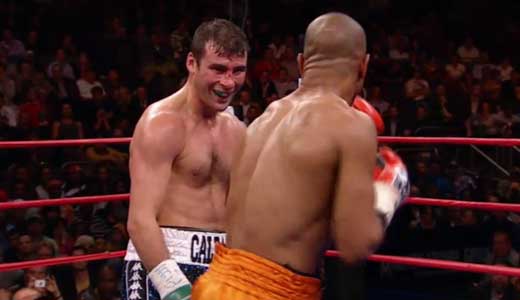 Review: 2008-11-08, Joe Calzaghe (45-0-0), having debuted in 2008 in the USA defeating Bernard Hopkins, returned overseas to challenge one of the strongest boxers ever: Roy Jones Jr (52-4-0). As against Hopkins, the “Italian Dragon” Calzaghe went down in the first round, but then he managed to win a match in which it gives its best, “Calzaghe seemed to fight like Roy Jones Jr” when the American was in his best years, mocking his opponent. Joe Calzaghe vs Roy Jones Jr was one of the best boxing fights of 2008 and it is also the last match of Calzaghe (retired undefeated). Watch the video!