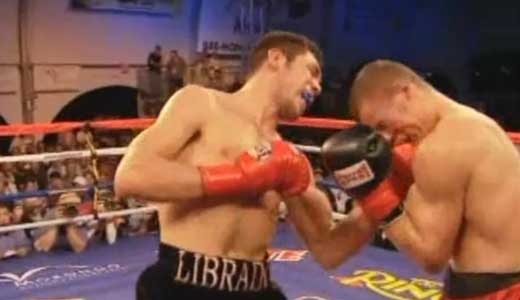 Review: 2008-03-22, the fight between Librado Andrade (26-1-0) and Robert Stieglitz (31-1-0) was valid for the IBF super middleweight title eliminator, and the winner would fight against Lucian Bute. Both boxers had lost once in their career (when they tried to win a world title), Andrade lost against Mikkel Kessler, while Stieglitz versus Alejandro Berrio. The fight ended in the eighth round after a tough fight full of action, Andrade defeated Stieglitz by TKO. Watch the video!