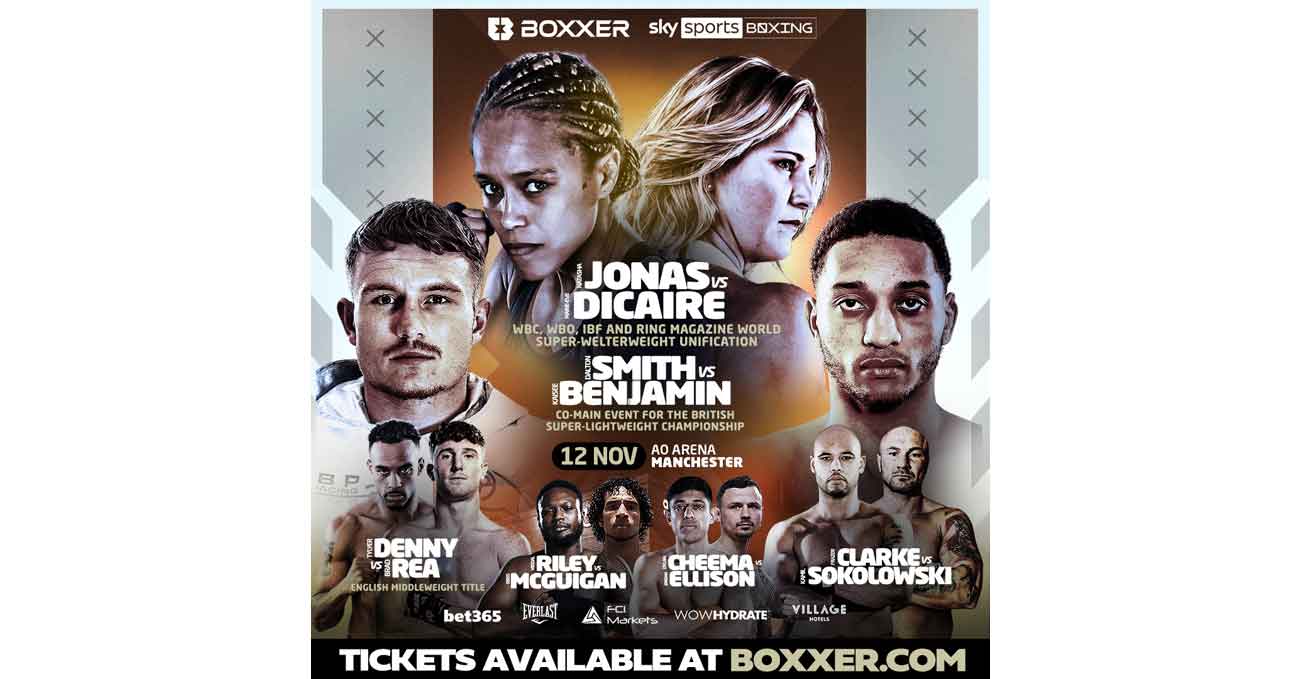 Review by AllTheBestFights.com: 2022-11-12, boxing match not particularly good: Natasha Jonas vs Marie Eve Dicaire gets two stars (take a look at our ranking of the Best Boxing Fights of 2022).
Dicaire vs Jonas is scheduled to take place Saturday, November 12th, at the Manchester Arena in Manchester (United Kingdom), in a 10-round light middleweight (154 lbs, 69.9 kg) bout; it is valid for the IBF, WBC and WBO world super-welterweight titles and it is on the undercard of Ricky Hatton vs Marco Antonio Barrera. Watch the video and rate this fight!

The former Olympian and current Wbc and Wbo super-Ww champion Natasha Jonas entered this fight with a boxing record of 12-2-1 (8 knockouts) and she is ranked as the No.1 light middleweight in the world.
She lost to Katie Taylor last year (Katie Taylor vs Natasha Jonas) but then she has beat Vaida Masiokaite, Chris Namus and Patricia Berghult.

Her opponent, the Ibf super-Ww champ Marie Eve Dicaire, has an official record of 18-1-0 (1 knockout) and she entered as the No.3 in the light middleweight division.
She suffered her only loss when she faced Claressa Shields last year (Claressa Shields vs Marie Eve Dicaire), after this match she came back to win with Cynthia Lozano in December 2021.