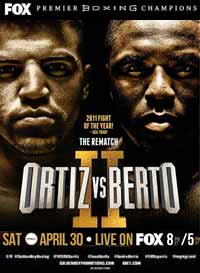 Review by AllTheBestFights.com: 2016-04-30, tough exchanges and great finish: Fernando Montiel vs Jorge Lara is close to get four stars!

The former world champion in three different weight classes Fernando Montiel entered this fight with a record of 54-5-2 (39 knockouts) and he is ranked as the No.23 featherweight in the world but he comes off the loss against Lee Selby (=Selby vs Montiel).
His opponent, the undefeated Jorge Lara, has an official boxing record of 27-0-2 (19 knockouts) and he entered as the No.62 in the same weight class. He fought twice last year beating Mario Macias Orozco but then he drew with Jesus M Rojas. ‘Cochulito’ Montiel vs Lara is on the undercard of Victor Ortiz vs Andre Berto 2. Watch the video and rate this fight!